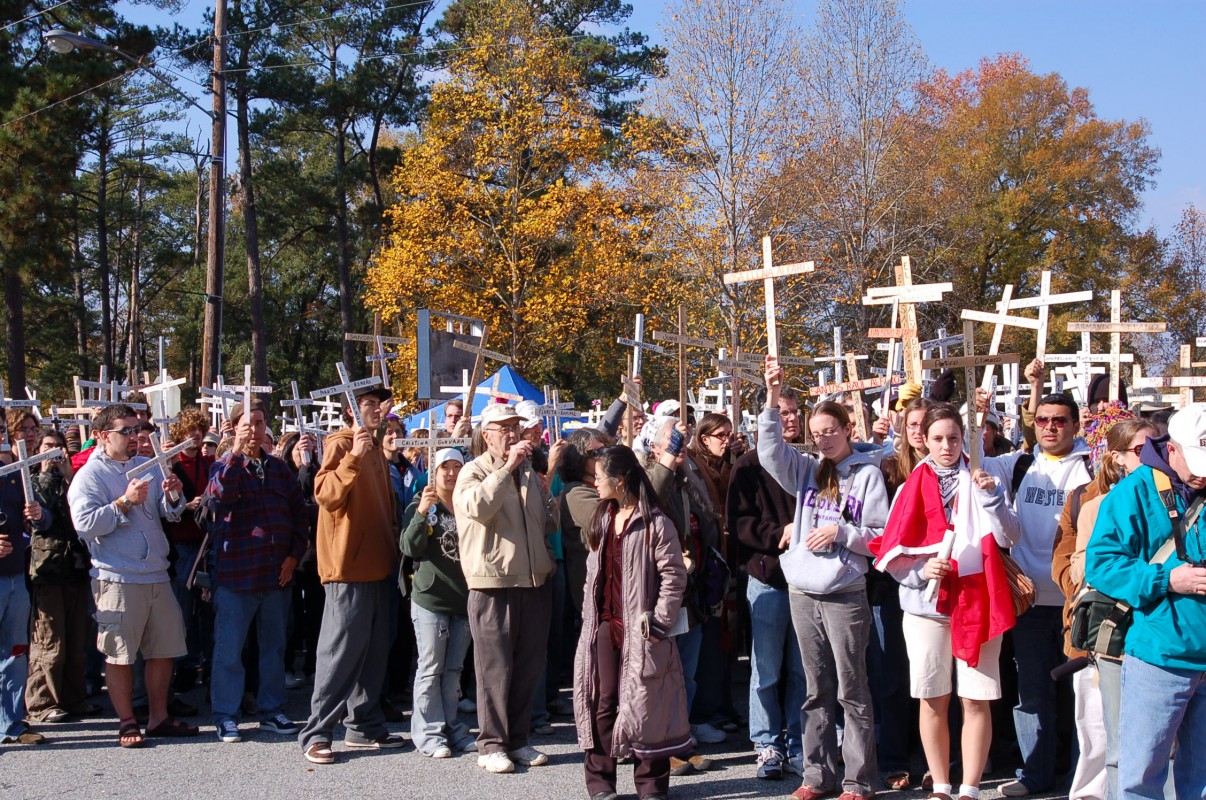 Documents obtained through the Freedom of Information Act reveal that – for at least a decade – the FBI actively monitored an annual non-violent vigil outside of the military base at Fort Benning, Georgia. The yearly action, organized by School of the Americas Watch, protests a military training academy currently known as the Western Hemisphere Institute for Security Cooperation (WHINSEC).

The academy – formerly called the School of the Americas – trains military personnel and police from various Latin American countries. Among the graduates are figures accused of massive human rights violations in the Americas, including former military dictators like  Efrain Rios Montt of Guatemala, Manuel Noriega of Panama, Argentine junta members and many other lesser known military commanders.

The annual vigil at Fort Benning marks the anniversary of the 1989 massacre of six Jesuit priests, their housekeeper and her daughter in El Salvador by members of a counterinsurgency battalion formed at the School of the Americas. The newly-released FBI documents even note that the protests are always peaceful…but that didn’t deter the bureau’s counter-terrorism division from closely monitoring the yearly event. For more, FSRN’s Nell Abram spoke with Hendrik Voss of School of the Americas Watch.