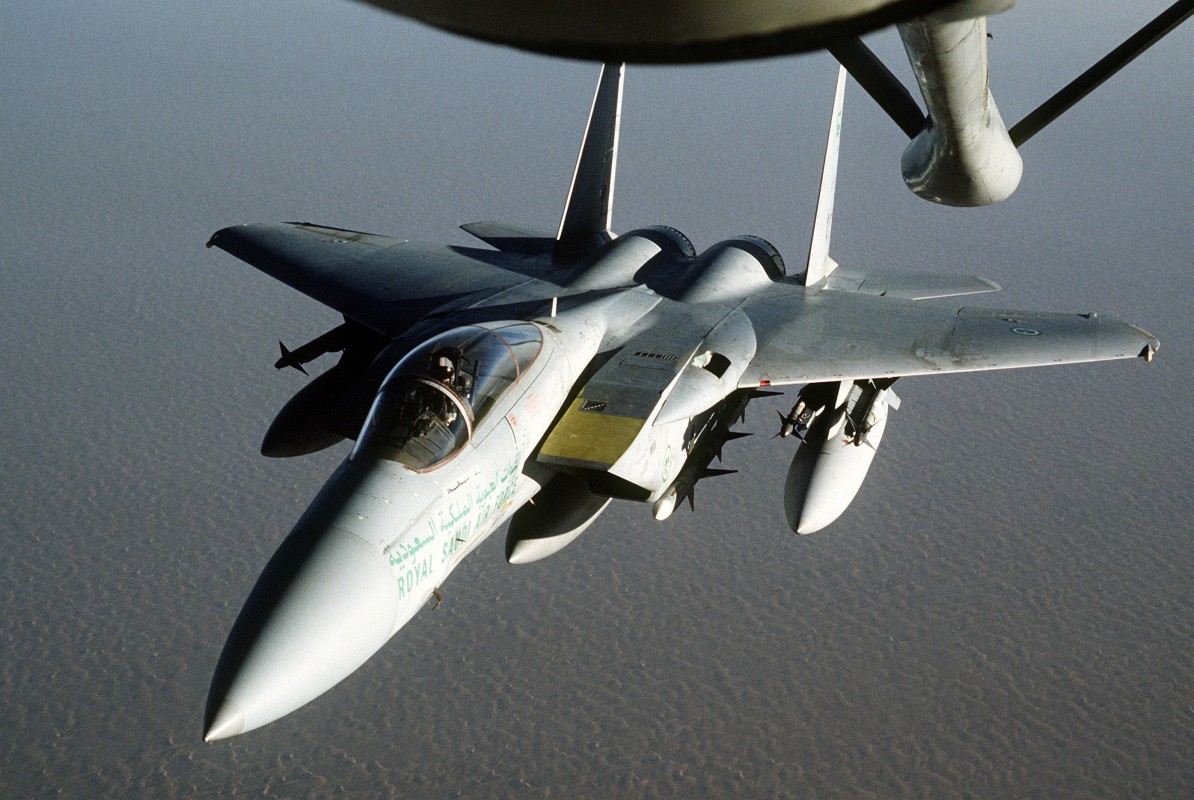 The U.S. State Department has given the green light to another huge arms deal for Saudi Arabia. The ticket price this time is $1.29 billion to replenish the Kingdom’s stock of bombs and bomb equipment. It’s the latest in a string of arms buying for Saudi Arabia and other Gulf monarchies which make up the Gulf Cooperation Council. Over the last decade, GCC countries have spent tens of billions of dollars building up their weapons stockpiles and Saudi Arabia has become the fourth-largest arms buyer on the planet. For more on the trend, FSRN’s Shannon Young spoke with Pieter Wezeman, senior researcher at the Stockholm International Peace Research Institute in its Arms and Military Expenditure Program.

Shannon Young: When did the Gulf Cooperation Council countries start ramping up their weapons purchases? And have those spending levels held steady ever since or have they been constantly rising?

Pieter Wezeman: I think they already started to do that in the case of Saudi Arabians in the 70s, in the case of the UAE in the 80s and 90s, but we really see a very steep increase over the past decade. So approximately from 2004 or 2005, that we see, for example, the UAE, in our estimates, and I really have to stress that these are estimates – data is very hard to get by – but the UAE, for example, increased its military expenditure by 135 percent, Saudi Arabia by about more than 100 percent, Oman more than 100 percent, just to give a few examples of the most important countries in the region.

SY: While the U.S. is by far the largest supplier, Saudi Arabia has also become the largest arms client of several weapons-producing countries. Can you run down a short list of the main suppliers?

PW: Yeah, true, the United States is often the most important supplier to these countries, but then, in some cases just after that comes the United Kingdom. Saudi Arabia has already been, for a very long time, a very important market for the biggest arms producing companies in Great Britain. For example, BAE Systems, I think, they estimate that the Saudi market accounts for about 25 percent of their total market in the world. And so that’s really important for them.

So it’s really between those three in the first place, then followed by a number of smaller European suppliers. Germany tries hard to sell arms to, for example, Saudi Arabia – tanks in that particular case. Italy is an important player. And then you have the smaller states, which is Sweden, Belgium, Spain, et cetera. What is missing, however, and this is an interesting and notable fact, is that the two other big suppliers in the world, Russia and China, have not had much success in trying to sell their weapons to GCC states. They really are not a major player yet.

SY: And these aren’t just crates of rifles and such – but of course weapons systems. Gave you give listeners an idea of the types of weaponry that make up large parts of these deals?

PW: Well, if you look at what is worth most in dollar terms, then of course it’s the big items. It’s the combat aircraft, the advanced air defense and anti-ballistic missile systems, these are very expensive items. And all of the GCC countries have now basically signed up to the Patriot system, which is being supplied by the United States. So those are really the big items.

Of course, then, there are many other things. There are bombs and grenades, which they actually used in Yemen or in Syria. And of course there are the smaller items, which, from a human rights perspective, are often the most…the first concerns. The armored vehicles, which are not so very expensive, but are being bought in large numbers. Or the machine guns and the rifles, which are the things which are usually used first against demonstrators or internal rebellions.

SY: One of the areas where the GCC countries are using their new weaponry is in Yemen. Your thoughts on the GCC campaign there?

PW: The GCC campaign in Yemen is quite important in this regard because it shows that the GCC countries have not only acquired the arms, have not only built up the armed forces over a long time. In the past, there were major questions about the capability of GCC countries to actually man, and run, and use the fancy equipment which they had bought. During, for example, the Iraq War of 1991, there were lots of indications that the Saudis didn’t really know how to use the arms they had. But that has changed now. Not only have they acquired arms, not only have they learned to use their arms, but they also have now shown willingness to do this by themselves. And that’s a new element in the security environment in the Middle East, that these countries have gained the self-confidence, in combination with the tools to actually use force to pursue their security aims.

SY: But in Yemen, the stated aim of the GCC campaign is to put down a Houthi rebellion, but we’re not seeing much in the way of the Houthis fighting back. In that sense – is the GCC offensive more about using Yemen as a training ground for aerial operations?

PW: Who knows, that may play a factor or two but, in the end, I think it is primarily driven by a very, very strong fear within Saudi Arabia and the other GCC states. But particularly in Saudi Arabia, which borders Yemen, that the conflict in Yemen may actually flow over into the rest of the region. And also that Iran may get too strong a foothold in Yemen. These are proxy wars, to some extent, not just the war in Yemen, but also the war in Syria, definitely started out as a proxy war between the Arab states and Iran. So I think there’s more to it than that.

It is true that they haven’t been so very successful, and that’s not necessarily very surprising. These are states which have very little experience, and yes they will gain more experience now by fighting this war, but they haven’t got very much experience in actually using the equipment. And, very important, Yemen is just a kind of country where you don’t want to start a land war, you don’t want to get involved in that. It’s probably as bad as it is in Afghanistan, if not worse. So it’s not surprising that they haven’t really succeeded in defeating the Houthis.

Pieter Wezeman is the Senior Researcher with the Arms and Military Expenditure Programme at the Stockholm International Peace Research Institute.