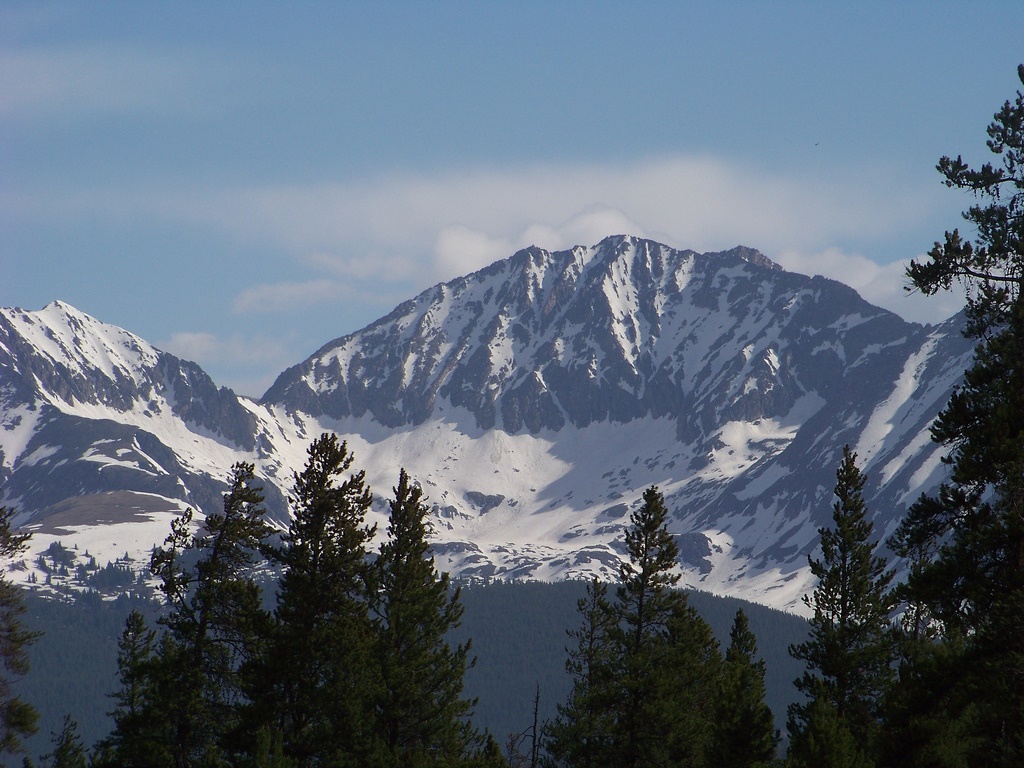 Declining snowpacks could critically reduce freshwater supplies to an estimated two billion people in countries around the world. That’s according to a new study out today in the scientific journal Environmental Research Letters. FSRN’s Nell Abram talks with the lead author of the report.

Snowpacks in mountain ranges around the world serve as cisterns in winter months, holding fresh water in frozen form. When warmer weather arrives the snow begins to gradually melt and flow to basins in lower elevations, providing a source of fresh water. But climate change is affecting these mountain reservoirs as more winter precipitation falls as rain  and washes off and permanent snowpacks shrink. Researchers predict the effects of declining snowpacks in the U.S. will be felt most in California, and the basins of the Colorado and Rio Grande rivers. Justin Mankin joins us to explain. He’s a post-doctoral research scientist at Lamont-Doherty Earth Observatory and NASA-Goddard Institute for Space Studies at Columbia University. He’s also the lead author of the new study The potential for snow to supply human water demand in the present and future

Nell Abram:  Thanks for joining us.

Justin Mankin:  Thanks for having me.

NA:  First, how integral is snowpack melt to the world’s water supply and what has already been observed with respect to annual accumulations?

JM:  A lot of work that has kind of emphasized the importance of snow to both ecosystems and people have often, really rightfully, focused on the supply side, and have noted that with global warming that we expect snow to decline in a warmer climate. And so, the implications of that snow change, the fact that there will be reduced snowpack, that’s going to vary from place to place and, in particularly, the implications for people, that’s going to be a function of the role that snow presently plays in the water supply portfolio. So that was really kind of the question that motivated this study, is ‘where is snow uniquely important, given how people consume water presently at the sub-annual level, and then what does that imply about the risks of declines in water availability in those locations in the future?’”

NA:  Justin, you studied snowpack basins worldwide. What other areas are especially at risk as the climate warms?

JM: The basins that seem to be at most risk, where there’s a large model agreement and a decline in our measurements, are those basins in California, Sacramento, and San Joaquin, certainly the Rio Grande, the Alice basin flow of Africa, the Iberian and Italian peninsulas, around the Aegean basin, and then parts of the Anatolian peninsula in Turkey, and also the Shatt al-Arab in the Middle East. So, a number of places that have projected declines in our measure. And I want to make a kind of important point here, which is that there are kind of two factors that govern or measure what we’re really quantifying here, is that potential for snow in the future to supply present demand. So we’re not projecting human water demand and kind of consumption patterns into the future, we’re just looking at the future climate’s potential to supply present demand.

NA:  So your results are based on current population numbers only. They don’t factor in projected population growth and any increase in demand – correct?

JM:  Yeah, and that emphasizes a really important point, which is, you know, there are kind of two major sources of uncertainty in this analysis, and we deal quite rigorously with one source of uncertainty which is the uncertainty due to the innate variations that occur in the climate system.

So the fact that temperature varies from year to year, and decade to decade, and that those variations can kind of mask or amplify the change we expect from climate change. So that’s one form of uncertainty.

And the other form of uncertainty is largest of all, and it’s one that we patently did not deal with, and that’s the uncertainty from people. So that’s a huge source of uncertainty and I think that what it tells us, is it tells us that humans have a great deal of agency in how bleak a picture this truly can represent. People have developed cultural and scientific and legal management practices that have ensured water availability during times of atmospheric deficit for many, many, many, many, many years, and so certainly people are in a position to respond to this, but the fact of the matter is is that the way we presently rely on snow for a lot of these basins, we’re just not going to be in a position to do so in the future, and that’s going to require changes and some of those changes might be viable in some locations, and some of them may be totally inviable in others. And the capacity to adapt to these changes is going to vary from place to place.”

NA:  What else is important for us to know?

JM:  I really want to emphasize that there is this characteristic uncertainty in what climate change will bring just because the Earth is a complicated system and it varies from year to year, and it’s going to vary on top of the trend that we expect from global warming.

You know, in many of these risks, there’s above 90 percent chance of decline in water availability as we define it. But that means that there’s a 10 percent chance of increases. So I think, kind of taking on board and being prepared to manage both of those outcomes, to be able to robustly adapt, that is to pursue adaptations that are beneficial across the broadest range of potential outcomes. I think that’s really critical.

Justin Mankin is the lead author of the study “The Potential for Snow to Supply Human Water Demand in the Present and Future” published today in “Environmental Research Letters.” He’s a post-doctoral research scientist at Lamont-Doherty Earth Observatory and NASA-Goddard Institute for Space Studies at Columbia University.