Waters of the United States rule fails as an omnibus bill rider, but promises to remain contentious 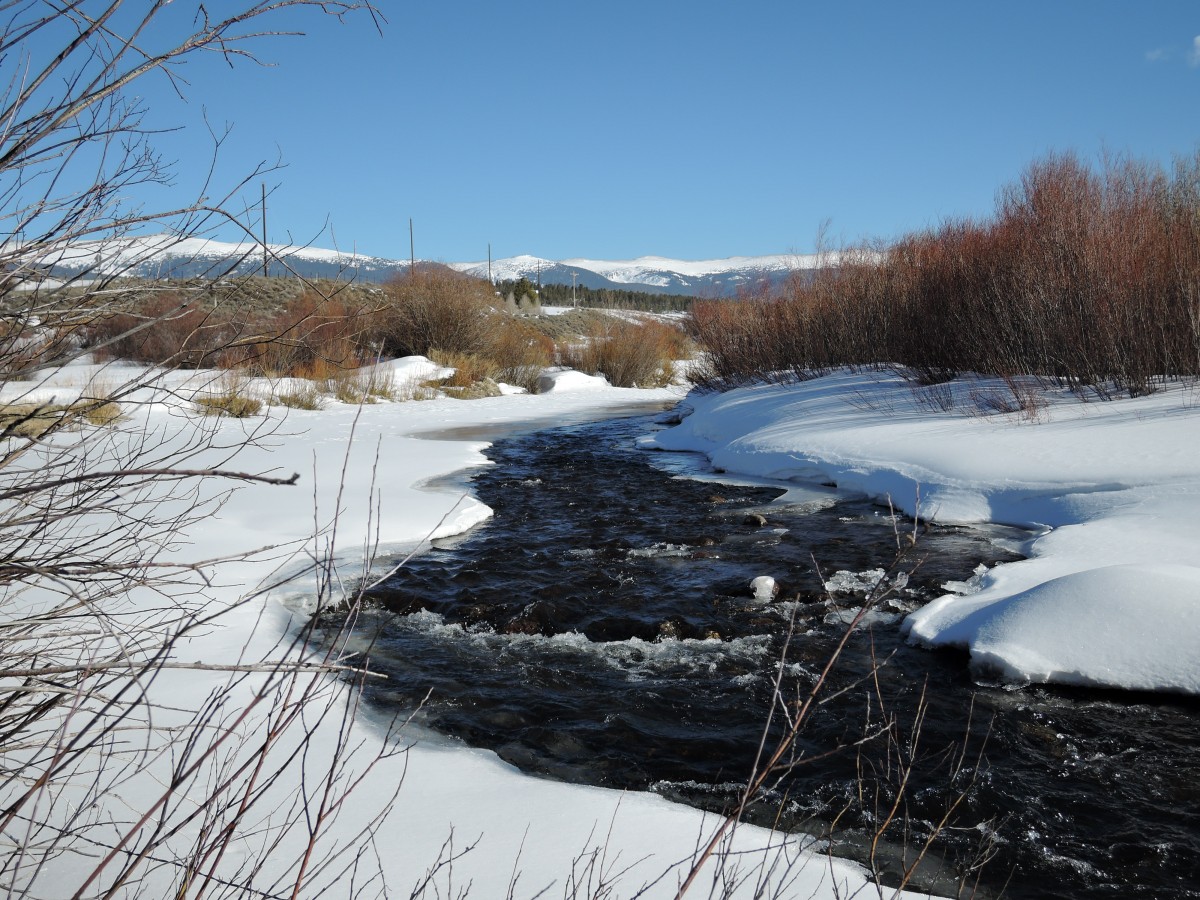 U.S. lawmakers are hop-scotching their way to avoiding a government shutdown showdown this year. Wednesday, they approved an interim funding bill to keep the lights on through the December 22nd and congressional leaders released the massive 2000 page omnibus spending bill they will vote on Friday.

As has become part of the routine, representatives attached special interest riders to the ‘must pass’ spending bill. Among them, a GOP-favored initiative to extend $622 billion in temporary tax-cuts. That measure further delays taxes designed to fund the Affordable Care Act. It passed the House Thursday, and will be folded into the $1.1 trillion dollar funding bill that includes another $80 billion in tax cuts and riders galore. Among them is an expansion of the H2B visa program that would nearly triple the number of foreign workers admitted to the country to fill non-agricultural, low-wage jobs. A modified version of the Cybersecurity Information Sharing Act was also slipped into the bill under the radar. Digital rights advocates say it strips what little privacy protections were in the bill that passed the Senate earlier this year.

Many of the riders, or conditions, Republicans wanted included the budget bill Congress unveiled Wednesday failed. One of those failed riders would have killed the Waters of the United States Rule, also known as WOTUS or the Clean Water Rule. WOTUS is designed to expand the 1972 Clean Water Act to include smaller bodies of water like streams, tributaries, marshes and wetlands. But the fight over WOTUS will likely re-emerge in the coming year. FSRN’s Hannah Leigh Myers has more.

“While I agree that the Clean Water Act needs clarifying, this rule would drastically expand federal jurisdiction beyond the historical limits of the law,” said Representative Glenn Thompson of Pennsylvania, speaking to Congress Wednesday about Waters of the United States, or WOTUS. He argued the rule will impede farming operations nationwide and is an unnecessary overstep of federal authority.

Supporters of WOTUS say the rule will better protect 2 million miles of streams, tens of millions of acres of wetlands, and the drinking water used by businesses and 117 million Americans.

Jenn Vervier is the Director of Sustainability and Strategy at New Belgium Brewing Company in Fort Collins, Colorado. As a WOTUS supporter and staffer at a company that depends on high quality water, Vervier cites EPA data saying the Clean Water rule will provide around $340 million, and maybe much more, in annual benefits to the public and the business sector. She encourages those concerned about the short term hassles of WOTUS regulation to look at the big picture.

“The free market is excellent at allocating most resources, but is really not capable of valuing something like a stream that flows into something that flows into our drinking water. That’s what government is for and that’s what regulation does, is protect our mutual resources for the long term and I think progressive forward thinking businesses are in support of that,” Vervier explains.

Since The Obama administration, the EPA and the U.S. Army Corps of Engineers issued the the Clean Water Rule in May, many influential interests in the agricultural sector have come out against it, saying WOTUS would unnecessarily complicate basic farming operations like dealing with irrigation water. The American Farm Bureau Federation, and it’s Colorado counterpart, are perhaps the most outspoken opponents to WOTUS. They argue that the Clean Water Act, as is, already sufficiently protects American waters and as farmers they do care about long term water protection.

“We depend on high quality water for our livelihoods,” points out Brent Boydston, Vice President for Public Policy for the Colorado Farm Bureau.

He says ambiguous wording in the Clean Water Rule could give the EPA regulatory control over massive swaths of private land across the country, including areas that only gather water temporarily after heavy rains. And, that ambiguous language is the primary reason for concern.

“EPA administrator McCarthy got called to a hearing in front of Congress and there was a member of Congress who held up a picture and it was of a water standing in the field and standing in a field and that congressman asked, very bluntly, ‘Would this be jurisdictional?’ And administrator McCarthy came back and said, ‘Well we can’t really tell but we can’t really tell from the picture if it would be jurisdictional or not.’ Well, after a few minutes she came back and said, ‘We can tell you that it’s not jurisdictional.’ So how on one and can she say from a picture that something’s not jurisdictional when a few minutes before, looking at the same picture, she couldn’t make a determination at all? Boydston asks. “So, in my opinion, that really, really illustrated how much the ambiguity allows for the whims of the EPA to determine what is and is not jurisdictional water.”

In October, the United States Court of Appeals for the 6th Circuit issued a nationwide preliminary injunction, blocking WOTUS from going into effect until the courts can determine if the rule is lawful. Last week, the 6th Circuit heard oral arguments over which court should handle challenges to the Clean Water Rule.

Mark Squillace, a professor of law at the University of Colorado and former Director of the Natural Resources Law Center says he disagrees that the Clean Water Rule’s language is any more ambiguous than terminology used in the original Clean Water Act. Squillace adds that, like the Clean Power Plan and Clean Air Rule, the Clean Water Rule issue has become a partisan sticking point.

“As we’ve seen this whole thing play out they are very political questions. I think it’s sort of unfortunate because it’s an important issue for protecting our water supplies and just how we’re gonna do that but because it’s been so politicized it would not surprise me at all if the Supreme Court decided to take this,” Squillace says.

Adding to the controversy is a report issued this week by the Government Accountability Office which determined the EPA misused its social media accounts when drumming up support for the Clean Water Rule.

Again, Representative Glenn Thompson of Pennsylvania speaking to Congress Wednesday: “In its finding, the GAO said that this was an attempt by the EPA to spread ‘covert propaganda’ by directing internet users to the websites of environmental groups in support of the WOTUS rule. This illegal attempt to gain congressional support for the role and to sway public opinion undermines the integrity of the room making process, and shows just how unprecedented this vast expansion of the EPA’s power really is.”

But technically that infraction won’t slow WOTUS’ implementation. At this point, WOTUS is still facing serious challenges from both the legislative and judicial branches. A resolution to kill WOTUS has passed in the Senate and is likely to pass in the House with Obama promising to veto. Within the judiciary, the process of appeals and court rulings is predicted to move slowly with some law analysts saying we might not get a final ruling on the Waters of the United States rule until 2017.