Out of the corporate world, into the farm: Botswana’s Beauty Manake shows agriculture still pays 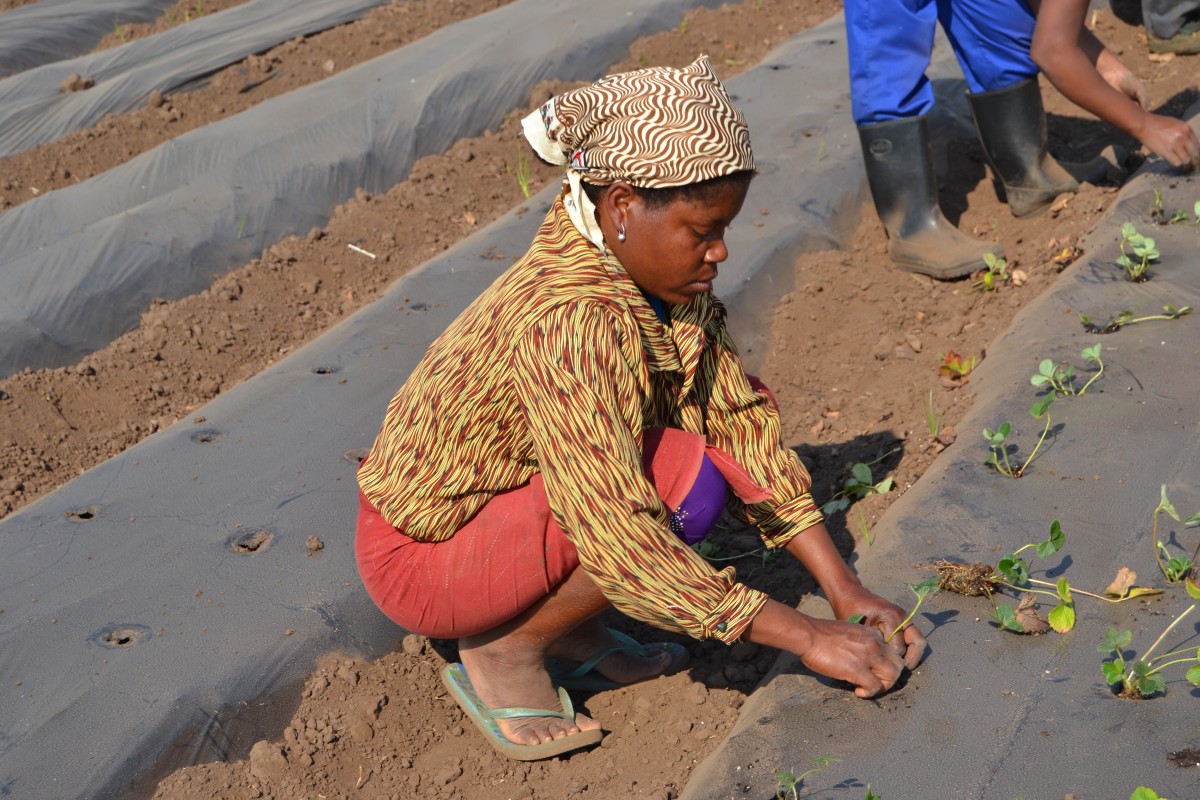 Many African countries have experienced a generational shift away from farming, with younger people pursuing urban jobs, rather than staying on the farms of their parents or grandparents. Agricultural policy specialists are struggling to re-engage college-educated youths with farming in a variety of ways and they are trying to highlight examples of those who have made the transition back to the land and done so with financial success.

Such is the case of Beauty Manake of Botswana. Upon graduation, she landed a white collar job with a well-known company. But she was soon to discover that for all her scholarship and the prestige that went with her new status, she was still earning four times less than her mother, whose business consisted of buying fresh produce in South Africa and reselling it in Botswana. Manake left her corporate job at the age of 25 and decided to go into farming. She now says she doesn’t regret her decision. Her example has been held up by officials of the New Partnership for Africa’s Development, NEPAD as the way to go for Africa. FSRN’s Ngala Killian Chimtom Reports from Durban.

Beauty Manake moves about these days with a million-dollar smile on her face. The young lady happily made a life decision many of her peers would shun; she left a corporate career to go into farming.

Manake’s college education, however, did come in handy when it came to navigating the bureaucracy to obtain financial support from a government program designed to boost agriculture in the Southern African country.

But with no experience in agriculture, Manake says she learned by trial and error, incurring losses and gaining experience over time.

Today, Manake is her own boss, employing about 20 workers who take care of her fruit and vegetable farms as well as her 3,600 hectare cattle ranches with over 500 cattle. She’s also back in school, this time studying towards a Master’s Degree in Food and Agricultural Management.

“In the past as we were growing up, we were only sent to the farm when you have done something wrong as a way of punishment. Traditionally, this has not attracted the interest of the youth as a lucrative industry. We need to do some level of re-orientation to promote agriculture as business. We need to showcase successes and provide incentives for our young people to engage in agriculture,” Bissi points out. “When we talk about the youths engaging in agriculture, may not necessarily mean going to till the land, but also, we could look at the youth engagement in the entire value chain-in the area of processing, area of training or marketing agricultural produce.”

Among the selling points that Beauty Manake uses to market her produce is that it was grown domestically and in an environmentally sustainable way. They are elements that made an impression on her during her childhood trips accompanying her mother to South Africa to buy produce.

“My mother was trading in vegetables; she was importing vegetables and fresh fruits from South Africa. During holidays, I would go with her to South Africa and the most interesting thing is that when crossing over to South Africa, the minute you reach the border, everything starts being green. That means farming; there are so many big farms and people there. It’s all green,” Manake recalls. “And the minute you cross [back to Botswana], it becomes all dry, there’s absolutely nothing. The climatic condition is the same; I’ve always wondered why we are not doing as much as the South Africans are doing”.

But that shared climate is also changing. And connecting small and medium scale farmers with methods and technologies to adapt has also become part of the evolution of agriculture in Africa.

Estherine Fotabong, is Program Director at the New Partnership for Africa’s Development, NEPAD.

“Women are feeling the brunt of climate change. The issue that we have is, how then do we support them so that they can cope better? And that support can come through providing them with better information, on the seasonal changes so that they can adapt their planting habits; it’s about providing them with better seeds that are adapted to the changing climate patterns; it’s about helping to organize them so that they could all have access to training on improved agricultural practices; it’s about providing them with technologies that are adapted,” says Fotabong. “From NEPAD’s Perspective, when we are talking about climate smart agriculture, it’s about how do we address the nexus between agriculture and climate change by building the resilience capacity of the women small scale holder farmers. It’s about doing what is right politically, economically and socially, for our communities and our country.”

Manake agrees that unpredictable weather is huge risk for farming operations, but that she keeps reinvesting after each loss because the demand for food remains constant.

“Each and every year, I am hit by something. If it is not heat, it’s frost. This year there was not frost, but heat has just hit us right now. It wipes off the whole thing. There is no insurance. There is nothing. Everything dies there and that’s the rest of you. You have to start reinvesting again. Buying new plants, buying new fertilizers, buying everything,” explains Manake. “It’s amazing and we still go back to it and the reason why I am still in this business is because I believe there is potential for growth. If people are eating every second, what is stopping us from making money from this sector?”

Manake adds that while she was initially motivated to get into agriculture to make money, that now it is no longer her sole motive.

“Now, I’m passionate about it, I live it, I eat it, I do everything to do with farming,” she says. “For me, walking into a field every day and seeing how green it is, smelling the smell of oranges, it’s therapeutic.”