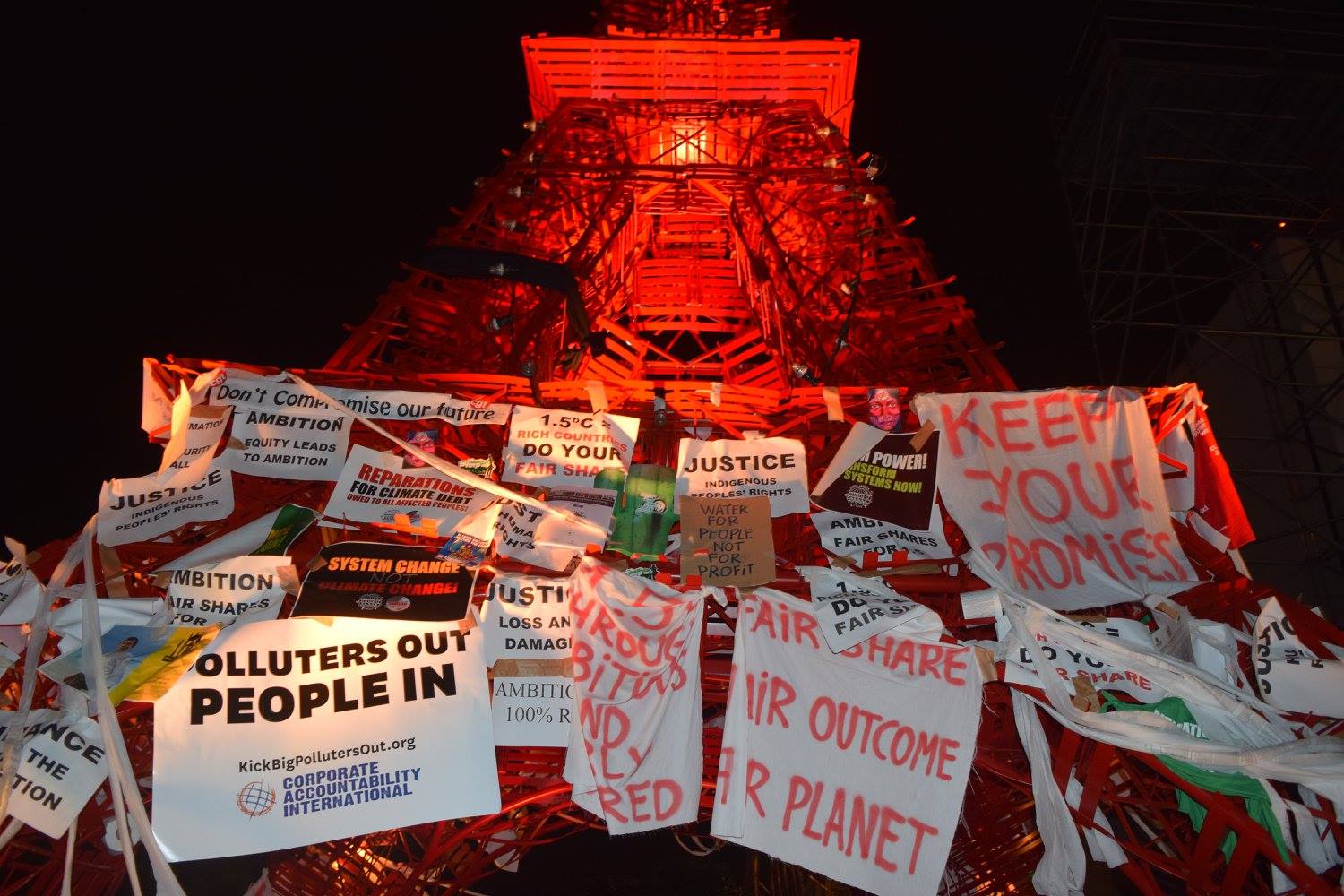 On Saturday, almost 200 world leaders reached a long-awaited agreement on a deal aimed at curtailing climate change. Whether or not the deal goes far enough to avert what many say would be a climate catastrophe remains to be seen. Some say the text of the agreement provides a framework within which more concrete action will come, while others say the provisions of the deal don’t do nearly enough to keep global temperatures within 3.6 degrees Fahrenheit above pre-industrial levels – the target many scientists agree is the threshold for preventing cataclysmic climate change. Further, critics of the agreement say issues like human rights, indigenous territorial sovereignty and gender equality were not prioritized in the final deal.

As the climate treaty was finalized, thousands of climate justice activists from all over the world took to the streets of the French capital in defiance of the French government’s state of emergency, marching from the Arc de Triumph to the Eiffel Tower and staging a mass sit in. FSRN’s Kelly Benjamin was there and spoke with some of those in the streets.