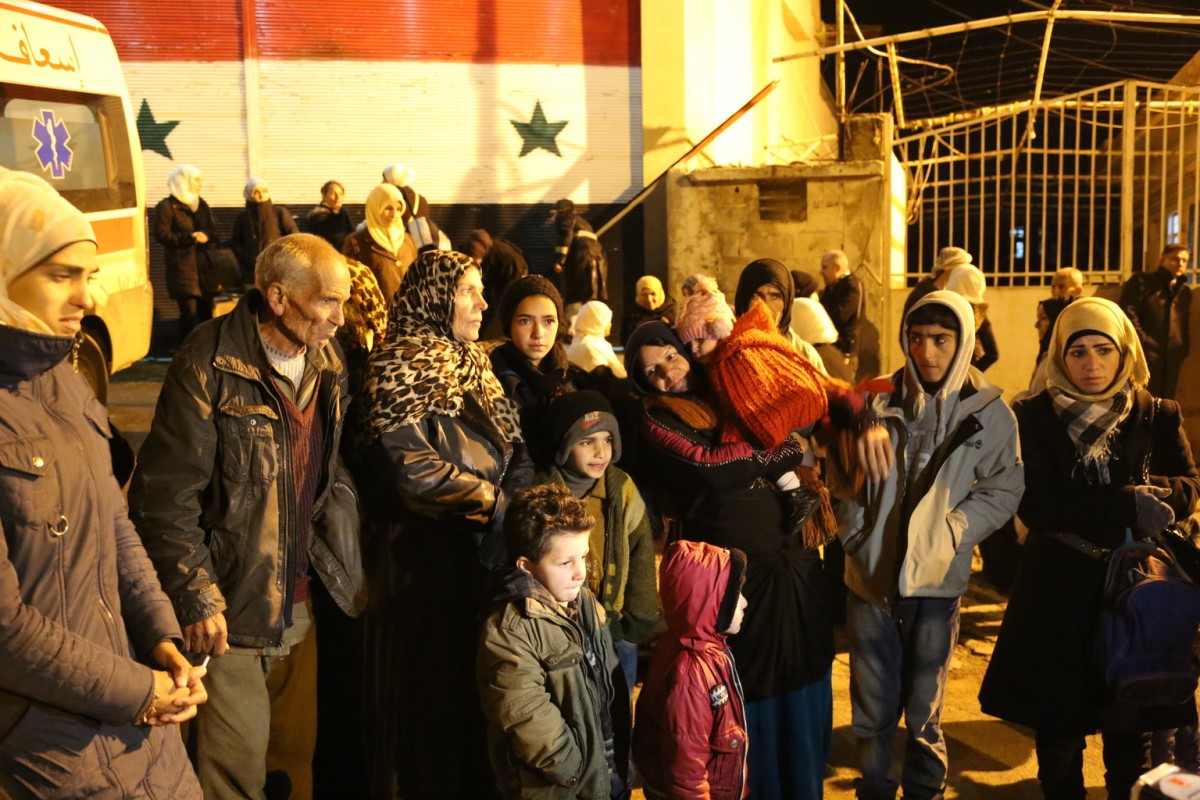 On 11 January 2016 in Madaya, Rural Damascus, children and their families wait for permissions to leave the besieged town. (© UNICEF/UN07225/Al Saleh, WFP)

Humanitarian aid finally began to trickle into three towns in Syria this week where aid workers described horrific scenes of both adults and children literally starving to death.

UN Secretary General Ban Ki Moon described the the suffering in the towns as “another low” in a “conflict that has already reached shocking depths of inhumanity.”

“UN teams have witnessed scenes that haunt the soul,” he said in a speech Thursday. “The elderly and children, men and women, who were little more than skin and bones: gaunt, severely malnourished, so weak they could barely walk, and utterly desperate for the slightest morsel. There can be no denying their suffering.”

For months, opposition forces have isolated civilians in two Idlib province towns in the country’s northwest, while government troops sealed off the town of Madaya in the southwest. All told, tens of thousands of people have been trapped without access to adequate food or medical attention – many subsisting on boiled grass.

“This is utterly unconscionable,” said UN Secretary General Ban Ki Moon. “Along with food, the people we have encountered want answers. Who cares about our lives? Where is the international community? Who will speak for us? Let me be clear: the use of starvation as a weapon of war is a war crime.”

After brokering a deal to deliver aid simultaneously to all three towns, trucks bearing food, medicine and blankets began to arrive Monday — a second convoy on Thursday. The joint effort by the Syrian Arab Red Crescent, the ICRC and the UN will continue during the weekend, with fuel deliveries set for Sunday.