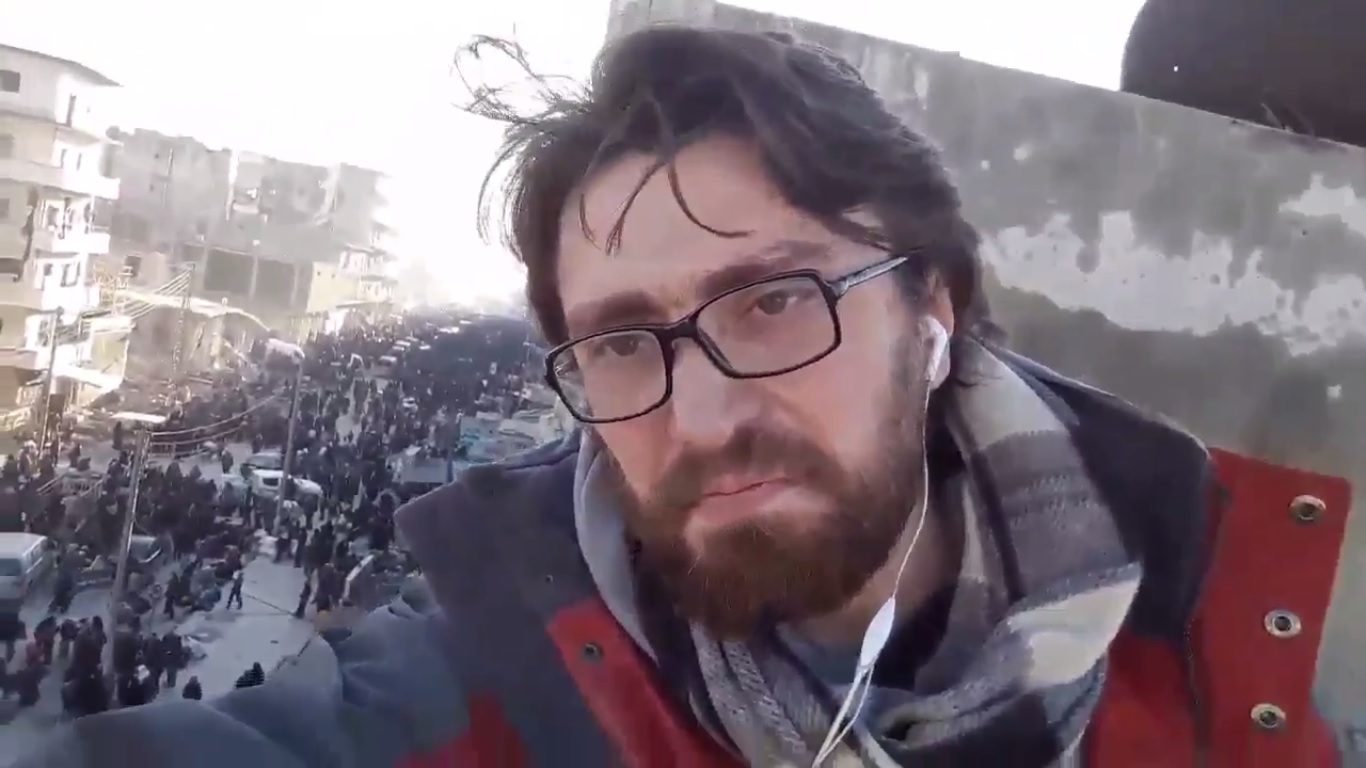 Tens of thousands of people remained stranded in Aleppo Friday after an on-again, off-again mass evacuation halted. Syrian government forces backed by foreign militias and Russian airpower took over nearly all of the large city’s rebel held areas in recent days, in what may be a decisive turning point in the ongoing civil war. FSRN’s Nell Abram has more.

Opposing sides are trading blame for the sudden pause in the evacuations while civilians are left in the lurch. It’s unclear how many people made it out of the area before the operation was stopped; estimates range from three to almost ten thousand.

People purportedly trapped in eastern Aleppo have been uploading videos throughout the week. In footage released Friday, evacuees are seen first crowding the streets to leave, and later returning from blocked exits.

@ZouhirAlShimale: It’s heartbreaking to be sending the last message for me, from my neighborhood where I used to live and report from and work from.

@BilalKareem: There are thousands upon thousands of men, women and children that are here. The fighters were not allowed to leave. I repeat, they were not allowed to leave today, nor were their families. There are four which are dead; there are 20 which I have just been informed have been taken prisoner by the Lebanese group known as Hezbollah. And the situation is very difficult.

There was no shortage of finger-pointing at the United Nations this week, with Western countries accusing Russia of blocking any and all meaningful attempts to find a non-military solution to the crisis.

Aside from diplomatic sparring and words of condemnation, international powers have done little more than observe the siege and mass displacement unfold.

“The carnage in Syria remains a gaping hole in the global conscience,” said outgoing UN Secretary General Ban Ki Moon in his final press conference Friday. “Aleppo is now a synonym for hell. As I told the Security Council three days ago, we have collectively failed the people of Syria. Peace will only prevail when there is compassion, justice and accountability for the abdominal crimes we have seen.”

The eastern districts of Aleppo had been a Syrian opposition stronghold for nearly the entire duration of the conflict. The stasis was broken only after Russian military intervention.