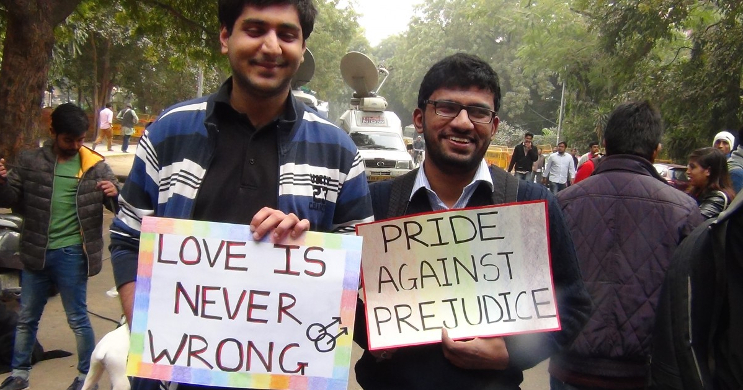 India’s Supreme Court was expected to hand down what would have been a landmark ruling today for the country’s LGBT population. While the high court sidestepped definitive action, it has agreed to reconsider its earlier ruling upholding the law that criminalizes homosexuality. FSRN’s Bismillah Geelani reports from New Delhi.

Dozens of gay, lesbian, bisexual and transgender activists stood outside of India’s Supreme Court Tuesday, awaiting word of the court’s ruling in response to a petition challenging a ban on homosexuality. The crowd broke into celebration after the court announced its decision to look into the matter afresh.

“This is definitely a progressive step in the right direction because the Supreme Court does have a lot to clear up,” says gay activist, Rishab Malhotra. “It does have a constitutional duty to protect and safeguard the fundamental rights of every citizen of this country and I think this is just the first step to a corrective measure in the disastrous judgment that came out two years ago.”

In 2013, the Supreme Court overturned a decision of the Delhi High Court striking down section 377 of the Indian Penal code, a colonial-era law that criminalizes homosexuality with penalties of up to 10 years in prison. While discrimination is common in India, use of the criminal statute to prosecute persons accused of homosexuality is rare. In upholding the constitutionality of the law, the Supreme Court allowed the statue to remain on the books.

But in Tuesday’s decision, the court’s judges said the law merits reexamination. The court has referred the matter to a five-judge panel that will ultimately decide whether to overturn the law criminalizing homosexuality.

The court did not set a date for the next hearing on the issue.

Significantly, the BJP-led government did not oppose the challenge, despite its close ideological ties with religious groups in favor of a continued ban on homosexuality.