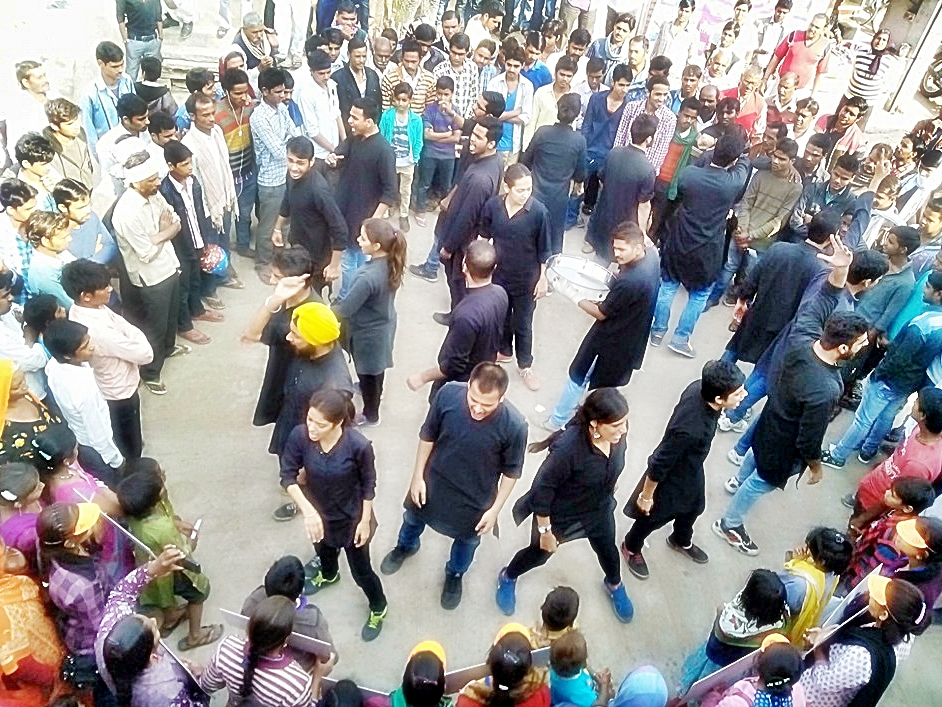 Sunday is Valentine’s Day and many mark the occasion with romantic cliches and gifts of chocolate. But in India, women’s rights groups are using the holiday to campaign against gender-based violence under the banner of “one billion rising.”

According to India’s National Crime Records Bureau, rape is the fourth most common crime against women. Back in 2012, several rape cases in India received widespread, international media attention and prompted the country to reform its penal code for sexual crimes. But critics say the prosecution process is still slow and allows too many rapists to go uncharged. FSRN’s Jasvinder Sehgal reports from the western Indian city of Jaipur.

Hundreds of women, children and activists gathered at Gaurav Towers, a central meeting place for young people in the city, where they watched a street play performed by the Asmita theater group, demanding women’s rights in the country.

The young artists called on the men present at the venue to stop violence against women.

“It is going extremely well over here. I have been performing street plays on the atrocities against the women in public areas,” Marwah explains. “It’s been a really positive response I have been getting at various places. The women are getting out and discussing their personal problems in open.”

According to the United Nations one in every three women across the globe is beaten or raped during her lifetime. In India, crime record data reveals that two women are raped in the country every hour.

But this only increased the number of women willing to file cases against their alleged rapists; the country’s legal system remains slow to hear and prosecute the culprits. And rape remains an hourly occurrence.

Last week, a 15-year-old girl in Jamshedpur city reported being sexually assaulted while in the hospital. She’d been admitted just days before, following a rape.

Another survivor, Dalit activist Bhanwari Devi, has been seeking justice since she was gang raped in 1992.

“I will not stop fighting for justice in my entire life,” Devi says. “Even if I get old and my body parts don’t work properly, then I will still keep struggling.”

After five different judges were removed from the case, a sixth found the men accused of raping Bhanwari not guilty.

After much pressure was brought to bear, the State appealed the acquittal. The Rajasthan High court case, filed in 1994, is still pending.