Turkey’s President on Int’l Women’s Day: “a woman is above all else a mother” 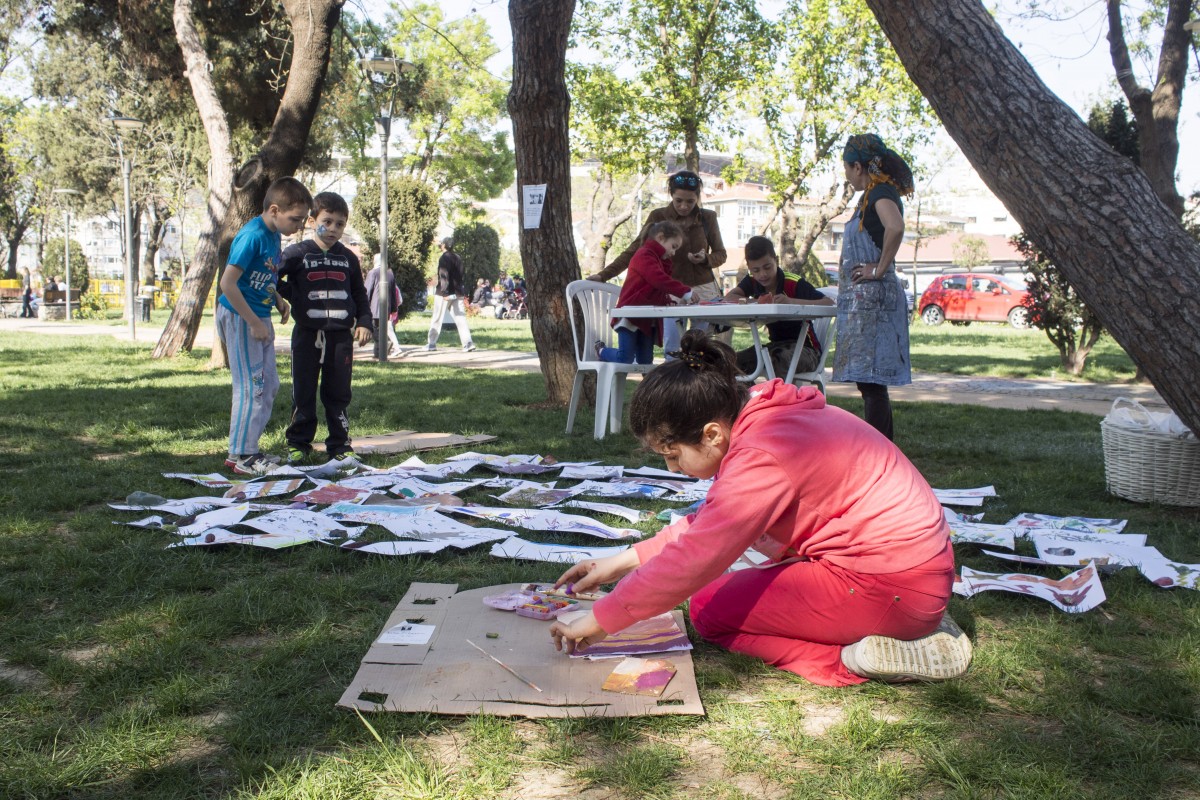 Turkey is encouraging mothers to have more children in an effort to increase the national birth rate. (Photo credit: Ozge Sebzeci)

Today marks International Women’s Day, with events and commemorations around the world. The day was first organized by the Socialist Party of America in 1909, to mark a strike the year before by the International Ladies’ Garment Workers’ Union. In rich and poor nations, women continue to struggle for social, economic and political equality. Gender-bias, however, remains ingrained in global political systems.

At an event to mark International Women’s Day, Turkey’s president drew criticism today when he remarked that “a woman is above all else a mother.”  His comments came as no surprise to many women in the country. Since 2002, the Turkish government has promoted a policy prioritizing motherhood over individual rights for women. In 2015, lawmakers passed a fertility incentive bill, parts of which recently came into effect. But according to population data, the government’s desire for a higher birth rate has yet to bear fruit. Fariba Nawa reports from Istanbul.

Like many other European countries, Turkey is faced with an aging population. Steady now at 80 million, the country’s population is expected to decline in the next few decades. The fertility rate of 2.1 is forecast to drop to 1.8 by 2050, according to United Nations statistics. That’s one reason the country’s ruling Justice and Development party, known as AKP, likes children — at least three to five per woman.

The push isn’t new. In the 14 years since their ascent to power, the AKP has introduced laws and pushed values extolling the virtues of motherhood and family.

“I just recommend that you have three babies,” Turkey’s then prime minister, now President Recep Tayyip Erdogan remarked in a seminal 2013 speech responding to critics who said the government has no right to impose on women’s bodies. “This is my natural right as a prime minister. I’m not putting a gun to your head. There’s no legal obligation. I’m just telling my sisters who have the will to do this to grant at least three children to this cause and for this country. This country must get strong. How do we do it? Through the honorable creation called human.”

Some provisions of the AKP’s fertility incentives took effect in 2015, like one-time cash handouts that increase with each child, up to $200 per family.  And in January of this year, the labor incentives kicked in, giving women with newborns working outside the house pay for part-time work for six months. If they decide to return to work, companies must give new mothers their jobs back. And if men choose to take care of the child and the mother continues to work full-time, the family still receives the same benefits.

Sehnaz Kiymaz Bahceci, of Women for Women’s Human Rights in Istanbul, says equality advocates oppose the incentive program, saying it’s one is one of many AKP campaigns to take away women’s rights in the name of family and country.

“What happens is it still puts the weight of care services on women. It’s just making women work basically one and half jobs,” Bahceci explains. “You still work at home taking care of your family and your children, and if you have elderly or disabled people in the household, you look after them as well. At the same time, you’ll be expected to work part-time or from home to contribute to the household income, while no one will take that responsibility off of your shoulders at all.”

But some AKP supporters, including women, say it’s a solution to their declining youth population. They agree that Turkey needs more young people to take care of its old.

Nuran Durdagi cleans houses and her husband is a construction worker. They have a daughter and son. Yet even with the new incentives in place, Nuran holds back from having the third child, though she’d rather quit cleaning and have another baby.

“I thank the government for implementing this social security for housewives and I am waiting for it,” Durdagi says.

But when she finds out what the incentives actually include, she realizes it’s not enough to quit her job.

Despite all the government’s efforts, statistics show that many Turkish citizens like Nuran aren’t taking the bait. Instead, the birth rate has slowly declined, primarily due to the rising cost of living, especially for education and childcare. Many parents say the quality of public education has deteriorated in the last decade and a private education can cost from $500 to $1,000 a month, yet the average monthly income is only $560.

At a posh mall on the city’s Asian side, parents chase after their children in a bookstore. Deniz Cengiz Turkmen, a lawyer, and her husband Levent Turkmen, an engineer, are parents to 6-year-old Kuzey and 3-year-old Karen. Deniz is trying to convince her husband to have another child, but they’re both uncertain about Turkey’s future.

“You know, the future of Turkey isn’t shiny,” Turkmen says. “People are killing one other for some reasons we never understand.”

As for the Turkish government telling her to have at least three children:  “It’s embarrassing. Nobody can decide what we should do, especially for women. That’s my body. I decide whatever I do with my husband. You know what I mean? It’s a family issue. Government cannot push us or pressure us to have more kids.”

The government may have failed at convincing Turks to procreate more, but with more than 4 million Syrian, Afghan and Kurdish refugees already in the country, Turkey’s future population is bound to grow.

And many people here say, if the government would focus on improving security, public education and lowering the cost of living, there would be no need to push for babies. Families would grow out of their own accord.