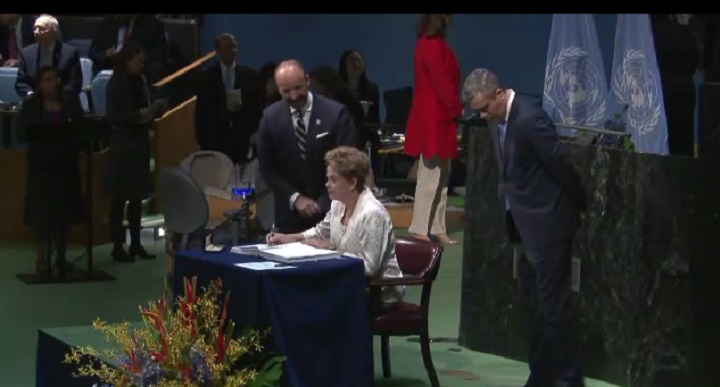 The United Nations marked this year’s Earth Day by bringing world leaders to its headquarters to officially sign onto the climate pact hammered out late last year in Paris COP 21 talks. Nell Abram has more.

Heads of state and high-ranking officials from around the world signed the Paris climate pact Friday at the United Nations headquarters in New York. Nearly 200 countries adopted the deal, agreeing to work towards keeping the rise in global temperatures under 2 degrees Celsius, and strive for an even lower 1.5 degrees.

Brazilian President Dilma Rousseff was among world leaders attending the UN signing ceremony. She briefly alluded to the political crisis in her country at the conclusion of her remarks Friday and is reportedly using the trip to discuss the matter with other world leaders on the sidelines of the international gathering.