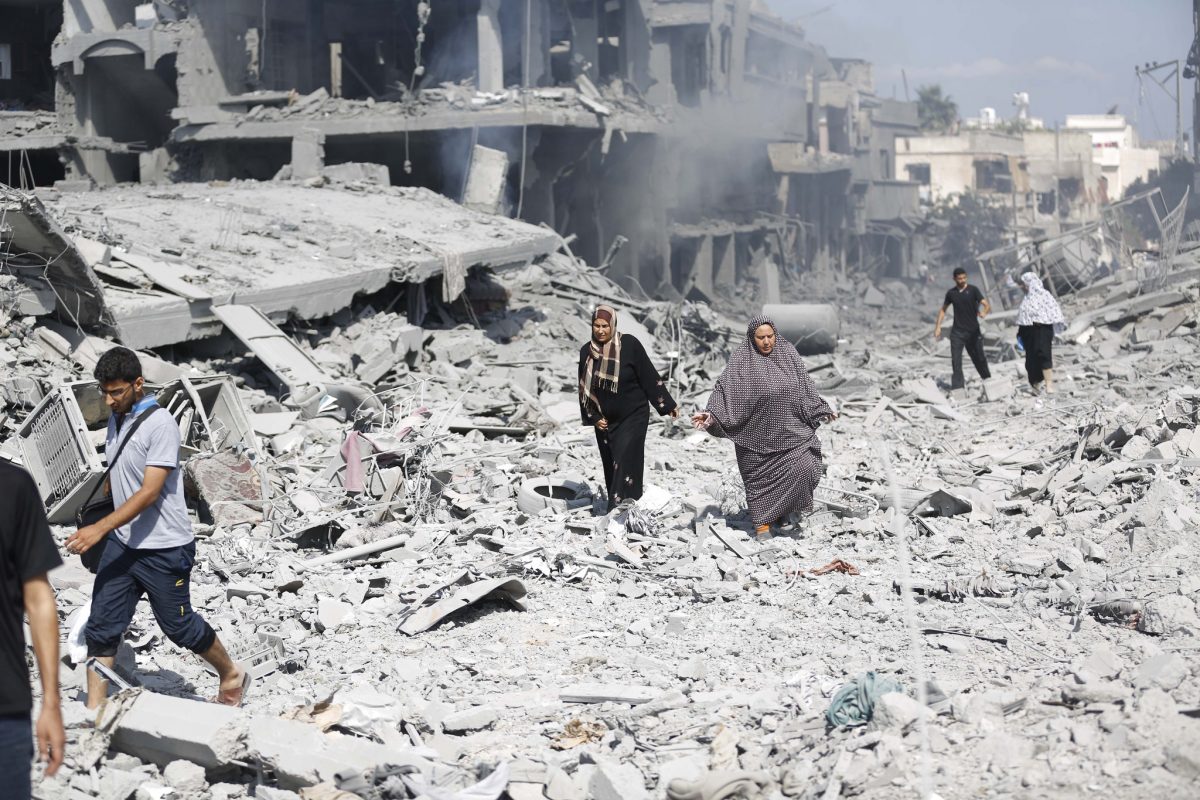 Researchers say suicide rates in Gaza are soaring to unprecedented highs as the humanitarian situation on the ground in the impoverished and blockaded coastal territory deteriorates over time. Abeer Ayyoub reports from Gaza City.

Suicide was once a very rare cause of death in the conservative society of Gaza. Yet since the second half of 2015, researchers started noticing a sharp increase in the suicide rate in the besieged enclave.

Dr. Ramy Abdo of the Euro-Mediterranean Human Rights Monitor says anger and depression have driven young people in Gaza to commit suicide in public acts, such as setting themselves on fire or throwing themselves from tall structures.

“We’ve documented five cases of people who died by committing suicide in the first three months of this year. These are the cases we know about, which means there are more cases we don’t know about,” Abdo explains. “If we compare this number with previous years, we can see there’s been a spike. The number of people who committed suicide in the first quarter of this year is equal to the number of those who died by suicide in all of last year.’’

The same organization’s figures say at least 90 others tried to kill themselves since the beginning of 2016, but survived their attempts. Experts suggest many of these cases were more cries for help than earnest attempts to die, but that they should be taken seriously.

Rezeq Abu Setta is one of those who survived. The father of seven climbed an antenna tower in downtown Gaza City in February and threatened to jump off it.

“I had nothing to lose, I wanted to escape. When civil defense employees showed up, they all spoke from their own perspective, saying things like ‘Come down, this is prohibited,’” Setta recalls. “Do they think I don’t know it’s prohibited?! I was just leaving the mosque after the afternoon prayer; I walked for a bit, I didn’t know where to go. I was feeling under so much pressure and I climbed.’’

Abu Setta, who is an employee of the Palestinian Authority, said he felt desperate about how the seemingly endless fighting between the governments of Gaza and the West Bank was blocking his salary payments and making it impossible to provide for his family. It’s a familiar situation for many Palestinian civil servants in Gaza.

“People have reached a point at which they can see there is no horizon, no future, no open borders, no aspirations,” says Setta. “People graduate from schools and then stand in lines waiting for a job. The situation in Gaza gets worse every day.”

The 2014 Israeli offensive in the Gaza Strip left widespread destruction to residential areas. And while nearly 3,000 homes have been rebuilt, about 75,000 people are still internally displaced, living in shelters or camping out with family.

The unemployment rate in Gaza is 44 percent, one of the highest in the world, and nearly 38 percent of families here live below the poverty line.

According to Gaza-based psychiatrist Fadel Ashour, the situation in Gaza is obviously affecting people and the suicide rate increasing as a result.

“These young people don’t have jobs, so they can’t get married and live a stable life, and move out,” points out Ashour. “They are denied everything the young people need.’’

With more than 1.8 million people living in the tiny coastal enclave, cut off from the rest of the world by an economic blockade and travel restrictions, the overall sense of hopelessness at the unique social and political situation in Gaza is driving the suicide rate up.

“After the latest Israeli offensive, many people thought that the situation in Gaza would improve because the international community would intervene and the borders would reopen, bringing back freedom of movement between Gaza residents and the outside world,” Dr. Ramy Abdo explains. “This didn’t happen.”

And with the United Nations predicting that Gaza “could be uninhabitable” by 2020, that’s not likely to change.