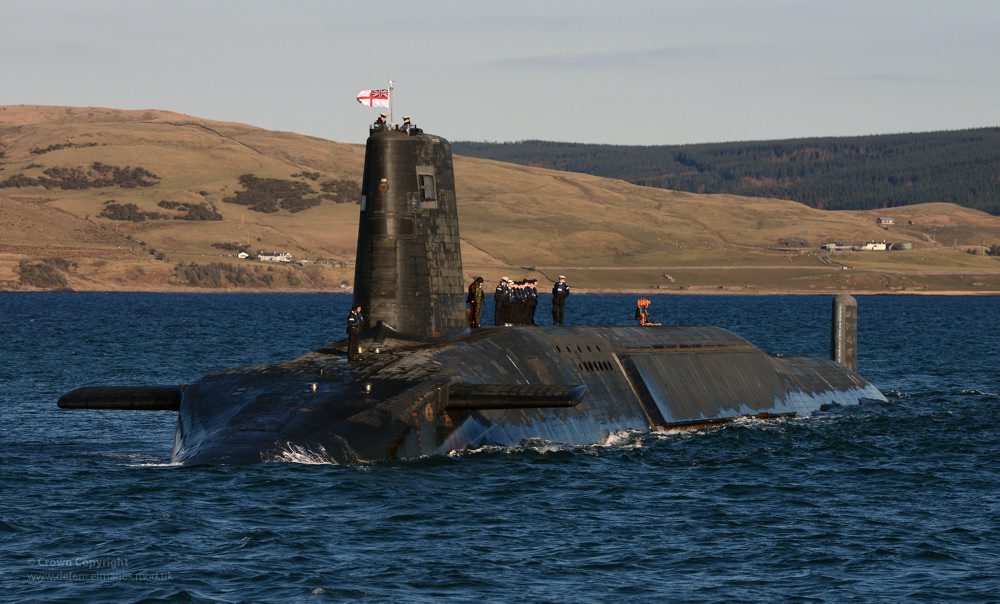 The UK’s entire nuclear-armed submarine strike force is based in Scotland. It’s long been a divisive issue and polls show about half of Scotland wants the Trident submarine and their missiles decommissioned.

Even so, British Prime Minister Theresa May told the House of Commons on Monday that the cornerstone of the nation’s security rests on having a credible nuclear deterrent and when pressed, she said,  she’d be willing to push the button.

“The whole point of a deterrent is that our enemies need to know that we would be prepared to use it.” she said.

Scotland’s pro-independence Scottish National Party runs on a platform of nuclear disarmament. So when it came to a vote, 58 of 59 MPs from Scotland voted against replacing the Trident fleet.

MP Mhairi Black of the SNP argued against the logic of spending billions on new subs and warheads, even after the UK pledged to reduce its nuclear stockpile in the next decade.

“These weapons serve no other purpose than to satisfy the ego of the British establishment,” Black said. “This is about us putting our stamp on a world that we are isolating ourselves from more and more.”

Scotland is still reeling from the results of the Brexit referendum. The majority voted to stay inside the European Union and there is a clamoring for a second independence vote to keep Scotland in the EU.

MP Margaret Ferrier of the SNP warned that the UK government’s disregard of Scotland’s feelings about Trident is pushing the country further away from London.

“This government, with no mandate in Scotland, will regardless subject Scotland to be unwilling accomplices in its nuclear obsession,” Ferrier said. “When we voice our disapproval, we’re told to shut up and be thankful for the jobs.”

As the vote was tallied, the 58 no votes from Scotland were a drop in the bucket, with MPs voting 472-112 in favor of Trident.

But with the left-leaning Corbyn in the midst of a leadership challenge from centrist factions of his own Labour party, his words held little sway. Most of Labour MPs sided with the Conservatives to replace all four Trident submarines at an estimated cost of around $40.6 billion.

But the Campaign for Nuclear Disarmament, a nuclear freeze group, estimates the total cost would be more than 200 billion dollars over 30 years.

The Conservatives won the vote.  But London prioritizing spending hundreds of billions on nuclear weapons while at the same time cutting social spending is not likely to sit well north of the border – where talk of a second independence referendum is very much on the table.