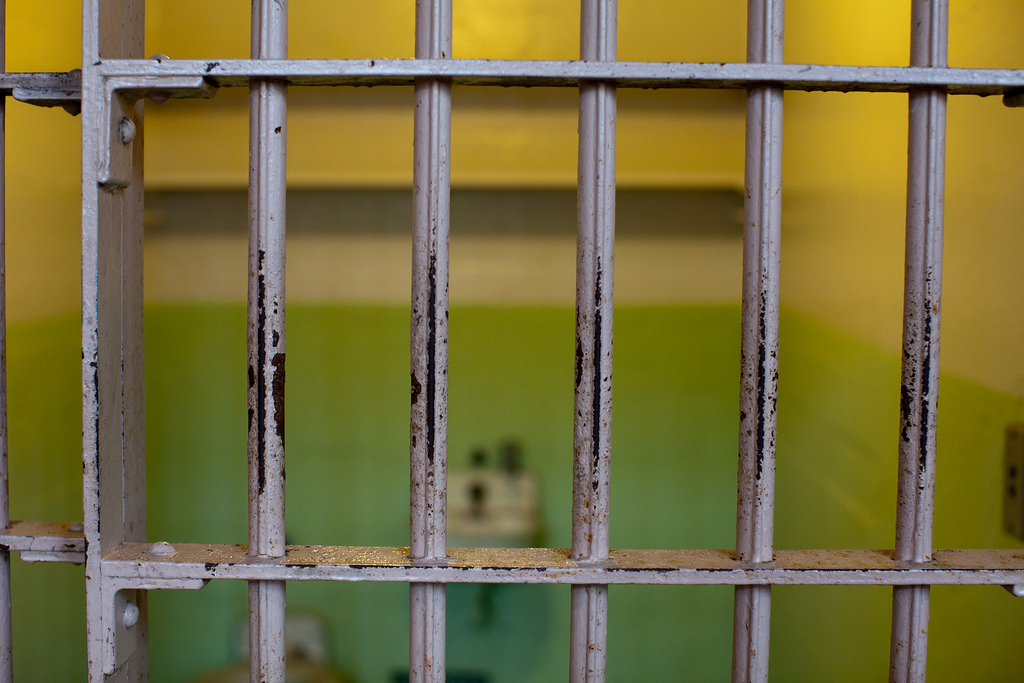 On Friday, Sept. 9, prisoners across the United States will participate in what could be the largest and most widespread prison strike in history. And supporters on the outside are holding solidarity actions to make the strike visible to the world beyond prison walls. Samuel Bouman reports from Portland.

About 50 people packed into a muggy back room of Portland’s Anarres Infoshop for a live concert as part of a series of nationwide events aimed at organizing outside support for the striking prisoners.

“Slavery was never ended in the United States, right? Thirteenth Amendment, check it out. You know, it says that slavery shall be abolished for everything except as used for a punishment of a crime,” says Tyler, with the Portland Anarchist Black Cross, a group that produces and distributes a ‘zine written by and for prisoners. “People are working for literally no money, or pennies on the dollar, and it’s making a lot of money for corporations such as McDonald’s, Starbucks, Victoria’s Secret, JC Penney. All these corporations use prison labor and make a killing off of it.”

The strikers’ demands vary from prison to prison, but a central focus is exploitative prison labor.

The Sept. 9 strike coincides with the 45th anniversary of the Attica prison uprising in upstate New York. It’s part of what many prisoners and activists are calling a new movement for prisoner’s rights, says Azzurra Crispino of the Incarcerated Workers Organizing Committee, or IWOC.

The group has been helping to organize the strike by bridging gaps in direct communication between prisoners.

“Most of the work has been done by outside organizers in terms of taking information that began with the prisoners, for example the ‘zine Let the Crops Rot in the Fields, but then mailing it out to other prisoners,” Crispino explains. “So there’s definitely been a conduit of outside organizers getting information to folks to say, ‘Hey, the date that we’re all organizing on is Sept. 9.’”

Crispino expects some retaliation from corrections staff based on the reaction to previous prison strikes and actions in states like Texas and California.

“We had several reports of units where pretty brutal repression occurred,” says Crispino. “There was at least one unit where water and power was turned off from 6 a.m. to midnight, and then prisoners were gassed.”

Crispino says that increased public awareness this time around will make it harder for corrections agencies to deny the strike or put it down with violence.

For its part, the Oregon Department of Corrections responded to an interview request with an emailed statement, saying officers were aware of plans for a strike, but had “not received any information specific to action in Oregon.”

One thing is for sure, though: however many prisoners strike in Oregon, their supporters will be on the streets Friday afternoon to make sure the public knows about it.