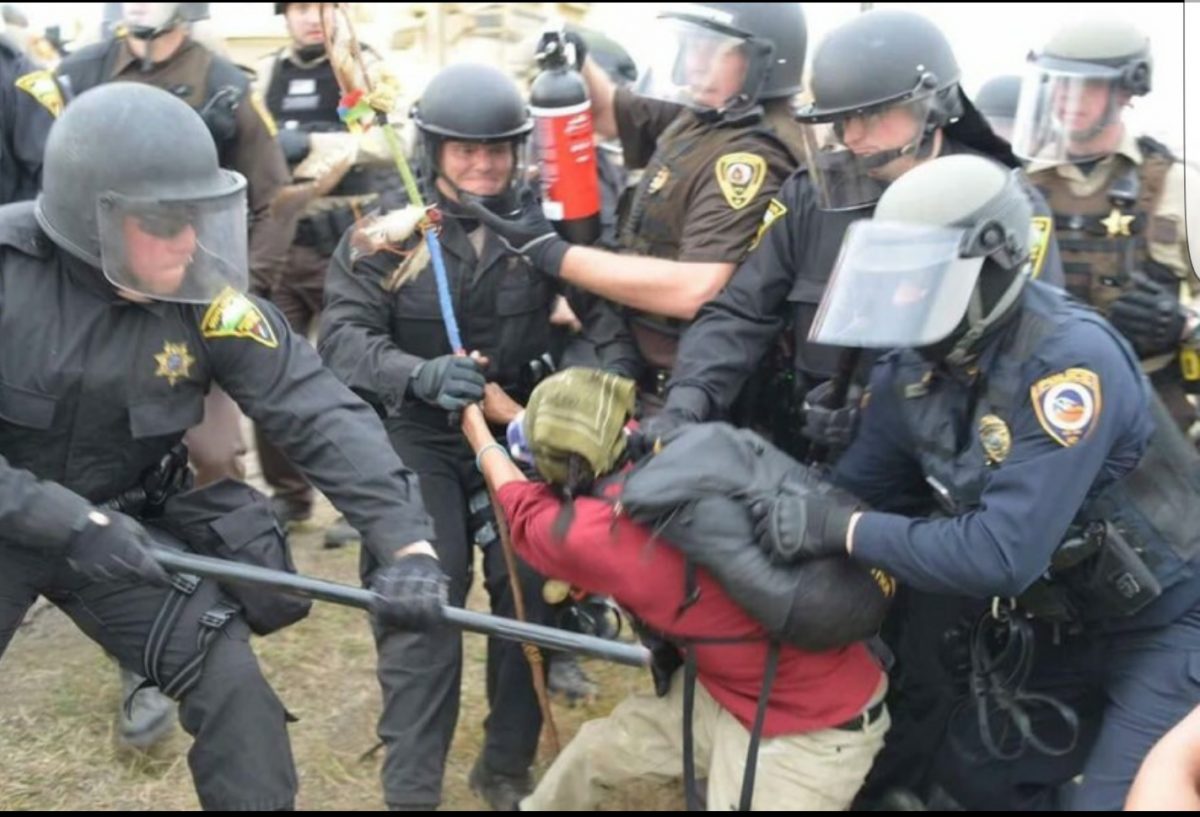 The Crow Creek Sioux Tribe has severed ties with the state of South Dakota. The announcement came as the result of South Dakota Highway Patrol troopers being assigned to support North Dakota law enforcement personnel at the site of the Dakota Access pipeline protests. FSRN’s Jim Kent has this report.

The Crow Creek Sioux Tribe has two legal agreements with the state of South Dakota. One is a Memorandum of Understanding with the South Dakota Highway Patrol. The second involves a 90/10 percent split with the state for administering the tribe’s taxes.

“In my mind, they are standing against our people by condoning what Morton County is doing; macing our people, beating them with batons, using their military tactics,” says Sazue.

And since the Crow Creek Sioux Tribe is paying 10 percent of its taxes to the state of South Dakota, Sazue says: “They’re condoning what Morton County’s doing right now. And we can’t be a part of that.”

Chairman Sazue wishes South Dakota would be as a good a neighbor to the Lakota people as it wants to be to North Dakota.

South Dakota’s Department of Public Safety announced Monday that its highway patrol personnel have ended their two-week deployment to the Dakota Access Pipeline site. But a standing agreement with North Dakota for law enforcement support when required means they could be sent back if requested.