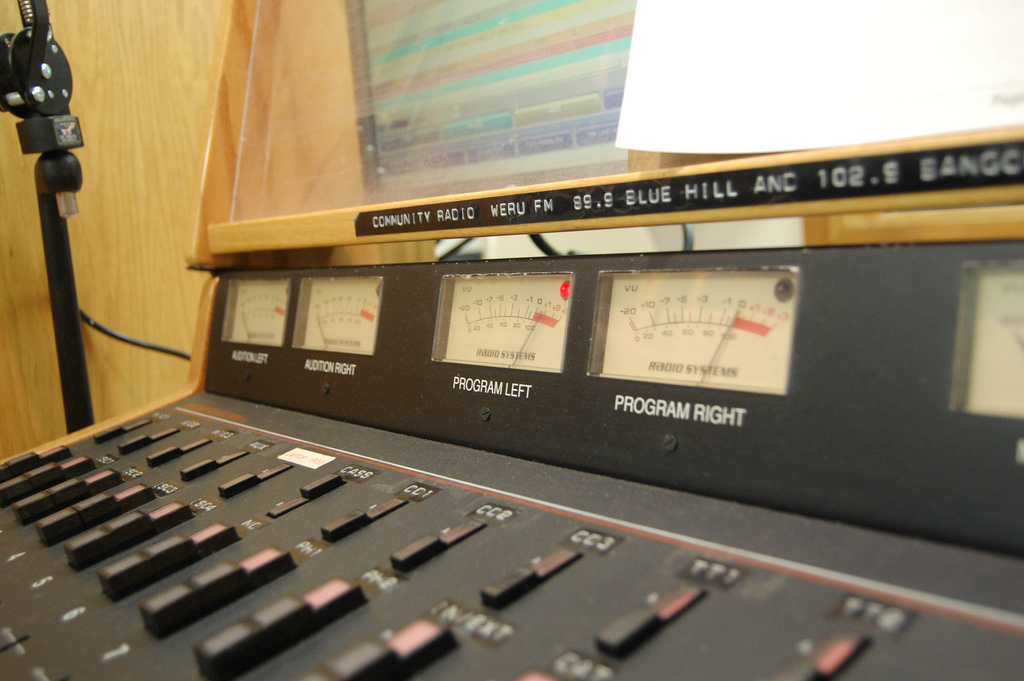 A multi-state militarized police cohort forcibly moved indigenous pipeline opponents and their supporters in North Dakota Thursday. Led by the Morton County Sheriff’s Department, hundreds of police pushed protesters back from a roadblock and away from the recently established Winter Treaty Camp; arresting at least 141 people. FSRN’s Nell Abram has more.

It turns out that the developers behind the Dakota Access pipeline and GOP presidential candidate Donald Trump have financial ties. According to disclosure forms, Trump has as much as $1 million dollars invested in Energy Transfer Partners. And it’s a money pipeline that flows both ways. The company’s CEO has contributed almost $175,000 to Trump election coffers and the GOP.

The U.S. presidential election is entering its final weeks and party activists are working non-stop to get voters to cast their ballots – including those who live abroad. An estimated 2.6 million eligible American voters live outside the U.S. – about 130,000 in Israel. Though that may seem like a small number, Trump’s supporters in Israel are certain their votes are crucial. Lena Odgaard files this report.

When voters put pens to ballots across the country, many will answer questions on various state initiatives and constitutional amendments. In Florida, a solar power proposal has been described by environmentalists as a wolf in sheep’s clothing which could actually harm solar development in the Sunshine State. FSRN’s Sean Kinane reports, Florida’s large electric utility companies are pushing hard for Amendment 1.

U.N. Secretary-General Ban Ki-moon is calling for an investigation into an airstrike in Syria’s Idlib province that reportedly killed 22 children and six teachers at a school there on Wednesday. FSRN’s Nell Abram has more.

French authorities spent the week emptying the massive refugee and migrant encampment in the port town of Calais known as The Jungle. The camp was temporary home to as many as 10,000 people at any given time, hoping to make their way across the channel to England. The mass eviction, which began Monday, raised particular concerns about the fate of unaccompanied minors – many of whom were waiting to reunite with family on the other side of the English Channel. The UK took 274 children and on Friday, France announced it would provide shelter for about 100 others who were left stranded outside. But concern remains about 1000 more who are just a fraction of those left homeless this week. Khaled Sid Mohand has more from Paris.

Homelessness is on the rise in the U.S., now largely fueled by skyrocketing rents, gentrification, stagnant wages and an economy that has yet to fully recover from the 2008 recession. But, as FSRN’s Christina Aanestad reports, some communities are looking toward alternative policies to redress the homeless crisis. One is called Housing First.

Los Angeles, California, has been a leader in the vibrant mobile food scene where it is very much a reflection of the city’s ethnic diversity. Latinos, Asians and African-Americans make up almost 70 percent of the population. Adventurous foodies can go around the corner and find everything from sushi burritos, to tacos made with collard greens, to kimchi quesadillas. In this FSRN profile, Lena Nozizwe reports that helping the homeless is also an ingredient at a food stand called White Boy Tacos.