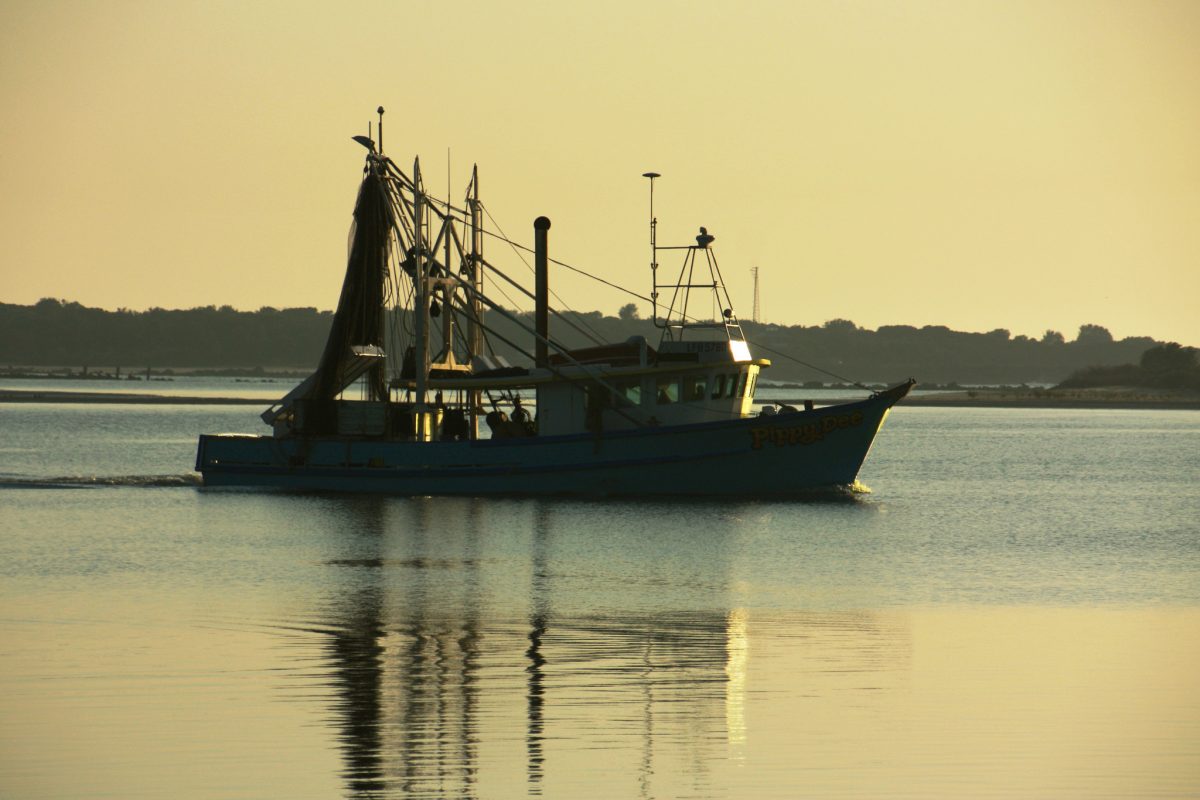 The West African nation of Cameroon is experiencing a steep drop in wild fish stocks. Local communities that depend on coastal fisheries say foreign vessels, many of them Chinese in origin, are illegally trawling in domestic waters and depleting their catch. FSRN’s Ngala Killian Chimtom reports from Limbe, Cameroon.

About a dozen women hover over charcoal cooking fires, grilling freshly-caught fish from the waters near Limbe, a seaside city of more than 80,000 where fisheries remain a major source of livelihood.

But these days the future looks bleak for many fisher folk who depend on wild fish stocks. Foreign factory trawlers, mainly from China according to local anecdotes, are illegally harvesting the prized “Bonga chad,” a species that averages about 10 inches long and is a smoked delicacy here.

“If you go to the market now, you will see just some small, small fish,” Tabot says. “You will not see anything good.”

With coastal fish stocks depleted, small-time fishermen are venturing further out to sea. But with small boats not designed for the open sea it’s very dangerous.

Fisherman James Ogork explains: “We use simple canoes or engine boats, and our nets cannot get too deep. The Chinese fishermen have all kinds of advanced fishing gear.”

Conflict between industrial fishing trawlers and indigenous fleets is nothing new. That’s why they have established a three-nautical mile limit that’s supposed to exclude large vessels and protect the future of the fisheries sector.

Cameroon has ramped up efforts to protect its territorial waters. In October, it announced that its navy would step up patrols. There are many Chinese companies and commercial interests in and around Limbe and that’s led to increasing tensions.

Chinese fisherman Huang Cho declined to speak on tape, but he told FSRN he never fishes outside of international waters. Whether or not that’s true, environmentalists agree that illegal fishing is a real problem.

Greenpeace Africa campaigner Ahmed Diamé told FSRN that at least five cases of serious Chinese-flagged vessels fishing inside the exclusionary zones have been reported this year. But he says while the Cameroon government talks tough, its officials often look the other way: “Corruption and lack of transparency in the management of fisheries resources is a huge challenge in West Africa. One of the consequences of this situation is that in many countries officials and fishing companies, not only Chinese, are in collusion.”

Greenpeace has long argued that outdated regulations and lack of coordination makes it easy for large fishing corporations to take advantage of weak national governments. The answer, Diamé says, is to work together. But so far that hasn’t happened. Instead, Cameroon’s fisheries ministry has suggested that fishermen sell their boats and invest in fish farms.

Cameroon has pumped at least $25 million into developing aquaculture since 2012. This comes as foreign-owned factory trawlers continue to regularly trespass into West Africa’s fishing grounds. It threatens the future of the fisheries and with it the region’s way of life.