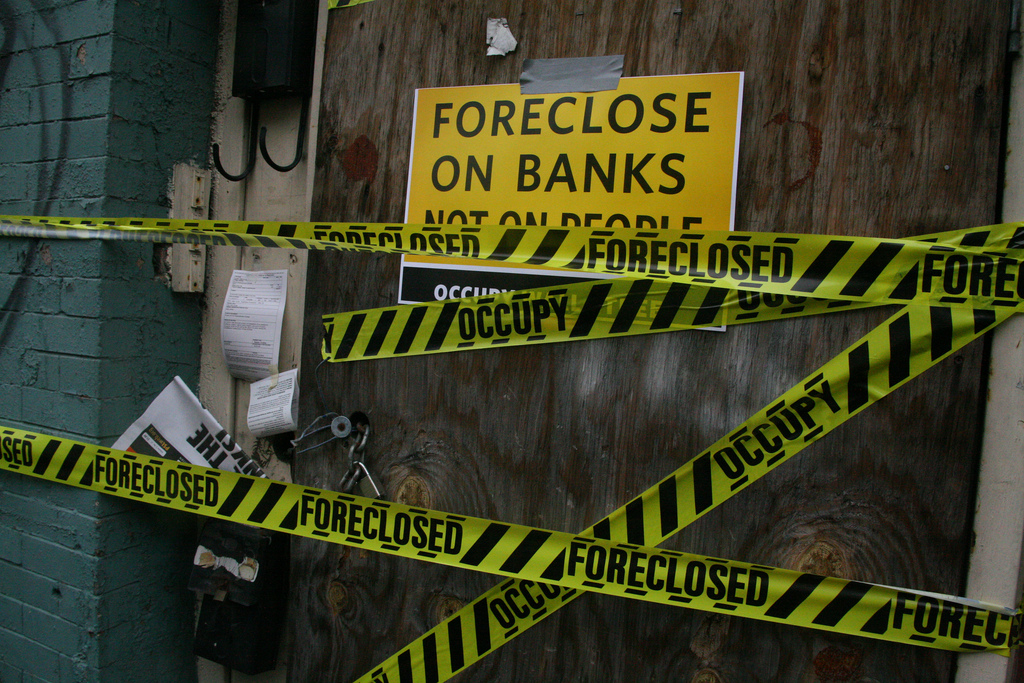 Treasury Secretary nominee Steven Mnuchin has been accused of running a 'foreclosure machine' in the wake of the 2008 economic meltdown. (Photo credit: Brennan Cavanaugh via Flickr/Creative Commons)

And the Senate Finance Committee heard from the architect of president-elect Donald Trump’s economic plan – the hedge-fund manager turned nominee for Secretary of Treasury. FSRN’s Nell Abram has more.

The U.S. foreclosure crisis was one of a number of hot button issues in Senate Finance Committee confirmation hearings for investment banker, hedge fund manager and Hollywood insider Steven Mnuchin.

In the heat of the 2008 financial meltdown, Mnuchin led a group of investors who bought IndyMac, a failed bank that had grown too rapidly by writing risky loans and reverse mortgages. Mnuchin’s investment group then set up a new bank, OneWest, with the nominee for Treasury Secretary as CEO.

According to Mnuchin, foreclosures were forced by Fannie Mae, Freddie Mac and the FDIC and anyone who lost their home in error was  “made whole.”

OneWest was sold six years later – reportedly at a $1.5 billion profit. Under Mnuchin’s leadership, the bank foreclosed on tens of thousands of loans, and Ohio Senator Sherrod Brown wanted to know more.

“I am not aware of that,” Mnuchin answered.

“If you know they did,” Mnuchin began responding. “Why are you asking?”

“Because I want to hear it from you. If you don’t know it – I’m going to keep interrupting you because we don’t have a lot of time,” Brown told the nominee. “I apologize if you see that as rude, but this is the people’s business.”

“Is it true that OneWest regulators, that’s the OCC, said you had deficient mortgage practices, foreclosed on 10,000 plus borrowers without proper procedures, and at least 23 who were current on their mortgages?” asked Brown.

“So, what I would say is we followed the same procedures that the FDIC…”

“Yes, or no? Did the OCC say that?” Brown pressed.

“That the FDIC followed, we inherited the FDIC procedures.”

“Is it true that OneWest’s independent audit firm said that it violated the Servicemembers Civil Relief Act by initiating foreclosures on 54 active duty military families?” asked Brown. “That’s what the independent audit said, yes or no?”

“Well, you have the document in front of you, I don’t,” Mnuchin replied.

Senator Brown also noted the California Attorney General’s office has said that OneWest backdated 96 percent of the documents they examined and “aggressively obstructed” their investigation. Mnuchin would not comment on the substance of those allegations.

Foreign investments were also in focus during the hearing: offshore-tax havens, international investments – including those held by president-elect Trump – and Mnuchin’s own financial dealings conducted outside the U.S.

As with other nominees Mnuchin was supposed to submit financial disclosure reports prior to his hearing, and in his case – he did. But Wednesday night, congressional staffers learned that he had failed to include nearly $100 million in real estate assets – and to reveal his role as director of an investment fund located in a notorious tax-haven, the Cayman Islands, plus eight other shell companies.

“Now, after that you, admitted to being the director of the offshore entity Dune Capital International Limited, a Cayman Island corporation. You admitted to moving your hedge Dune Capital Partners’ headquarters offshore to Anguilla in 2005 – even though all the business was conducted in New York City,” said New Jersey Senator Bob Menendez. “So, you know I have a ton of other questions on policy, but first and foremost was truth and veracity.”

Mnuchin claimed a simple error resulted in the omission, but Menedez stayed the course: “Let’s get to the heart of my question, the heart of my question is: Didn’t you create these offshore entities that most Americans can’t create or take advantage of, in order to help your clients who you were making money from avoid U.S. taxes?”

“No, not necessarily.” answered Mnuchin.

But acknowledging that the U.S. tax code provides incentives for offshoring funds to avoid payments to the IRS, Mnuchin said simplifying the law is one of his priorities, and doing so would encourage more on-shore investment, thereby spurring job creation.

Mr. Mnuchin seemed confident that the president-elect’s plans to have his sons manage his business interests during his tenure would be sufficient to avoid any conflict of interest issues, and did not know the extent of Trump’s foreign investments.

But Senator Claire MaCaskill assured him that the American people need to know: “You in your job as Secretary of the Treasury, that is supposed be determining national security interests based on foreign investment, the American people want to know how much debt is owed by the Trump businesses is owned to foreign entities, because that could have a direct impact on our national security.”

The hearings were clearly partisan, with Republicans on the Finance Committee solidly behind Mnuchin. But according to Senate Minority Leader Chuck Schumer, the recent rapid fire series of confirmation hearings may not turn out as they hope.

“Over the last several weeks, Republicans have made a mockery of the cabinet hearing process, trying to jam through nominees in truncated hearings, nominees with serious conflicts of interest and ethical issues unresolved, and without giving senators, and more importantly the American people, a fair chance to question and hear from these nominees,” Schumer said. “If there was ever a group of cabinet nominees that cry out for rigorous scrutiny, it’s this one. The president-elect’s cabinet is a swamp cabinet, full of billionaires and bankers that have conflicts of interest and ethical lapses as far as the eye can see.”

Schumer told reporters Thursday that they are prepared to confirm the nominees to essential security positions on Inauguration Day, but that further vetting is necessary for other nominees.