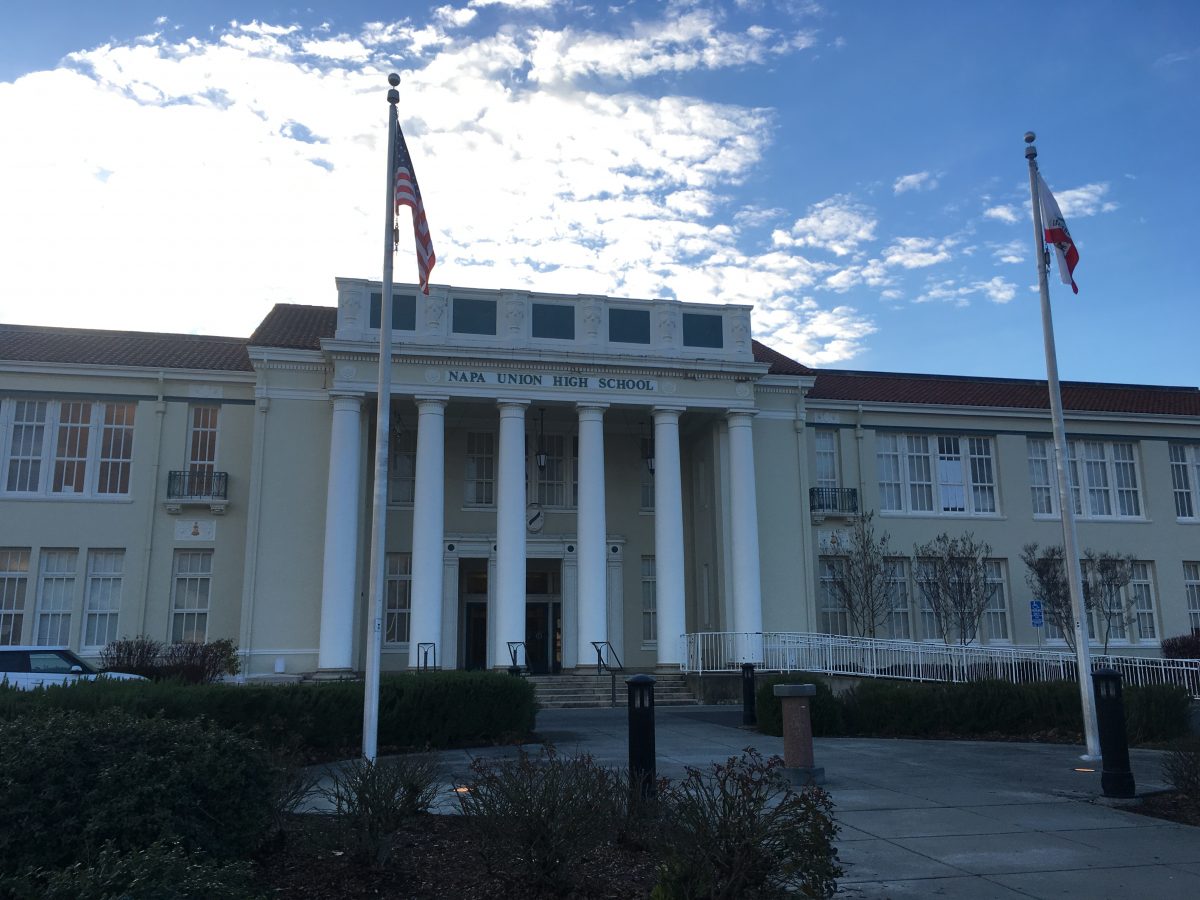 Educators, families and communities are grappling with the same questions: Why? What drove my loved one to take their life? How could this have been prevented? FSRN’s Karin Argoud reports.

Sharayah Smith is warming up with friends in her choir class at Napa High School in California. The senior and straight-A student, who recently turned 18, is passionate about singing.

But this bright and talented redhead is also a sexual abuse survivor, and has experienced more than her share of loss. Entering her teen years was a nightmare, says Smith, and at the age of 16, she attempted suicide – for the second time.

“I felt so lost and I felt so broken. I had no faith, whatsoever, that my life was going to turn around,” Smith recalls. “First, I’m abused and then I lose all my friends, and then my family betrays us.”

Entering her teen years was a nightmare, says Smith, and at the age of 16, she attempted suicide – for the second time.

“Just the emptiness that I felt was so palpable and I truly didn’t believe that there was a point in trying and I just got it into my head that it wasn’t going to get better,” she recalled, emotion flooding in.

Smith wrote a note, then took two bottles of pills.

“I just started to get really scared, because I felt my heart starting to slow down and I was like, ‘Oh my God. This is real. This is actually happening,’” Smith explains. “I realized in that moment that maybe I didn’t want to die, maybe I wanted to just kill the part of me that wanted to die.”

Sharayah’s mom, a teacher trained in teen mental health, was stunned when she found her.

“There’s embarrassment there, too, and shame. That’s not at the forefront but it’s like, ‘How can this be happening to me to my family?’” Michelle Smith says she was forced to learn how to support her daughter rather than take on her distress. “We want to stick with compassion because compassion doesn’t pull us into their pain – we don’t get tangled into their pain, psychically, emotionally. Empathy, we lean into their pain and we start feeling their pain and then we can’t help them because then we feel it and we’re stuck and we’re just overwhelmed.”

For more than two decades, Michelle has counseled other parents about how to support their teens through this challenging phase.

“It’s just being there, not judging it, not trying to fix it, and waiting for her to say ‘this is what I need,’ Michelle explains. “Sit down, listen to your kids.”

One thing that grounds Sharayah is tutoring in the special needs class at her high school. Today she works with Kianna, a sophomore who has Downs Syndrome.

Mary Butler is a licensed family therapist. For the past 14 years, she’s also been a chief probation officer for Napa County and has worked with suicidal teens.

“The part of prevention that is really important is to help people understand that talking about suicide does not make people commit suicide,” Bulter says, noting that in increasingly complex times communities need to be proactive to combat the rise in teen suicides. “We’re in a world now that is fast paced, has a lot of pressure on children at a younger age, how they get their education is different – the amount of pressure to get a good education – it’s all there and it’s all real. It’s helping children cope through those parts of life. And if we give them those coping skills as children, they’re going to be in way better shape as adults anyway, because if we give the children the coping and problem solving skills so they have other choices, then they won’t always feel suicide is their option.”

Denise Pope agrees. She’s a senior lecturer at Stanford Graduate School of Education and co-founder of Challenge Success, a nonprofit that seeks to offset these pressures. Pope says nationally there’s a connection between more rigorous coursework and increased anxiety. And even though high school students are often stressed out about school, they tend to be less engaged in the learning process.

“Even if you have straight A’s, you might not be engaged, you might be playing the game, you might be doing a whole bunch of things. We have data on kids cheating and we have data on kids copying from each other – basically a phrase that I coined called ‘doing school,’ instead of having it being about the learning,” Pope explains. “What we noticed was those are the same kids showing higher rates of depression, anxiety, eating disorders, suicide ideation, at what were are deemed to be high achieving schools and high achieving kids.”

These so-called high achieving schools often pressure students to take AP courses, pressure that can begin before they even begin their freshman year. And not all AP classes are created equally. Students often end up with enormous workloads, many of them in classes that they are not prepared to take. The pressure can result in stress, anxiety, ulcers and sleep deprivation.

Challenge Success is helping these schools monitor stress and health levels of the individual student, as they consider which courses to take the following year.

They are also working with school administrators on changes to AP policies, how to use time management worksheets, and how to create more project based learning with less one-shot, high-stakes tests.

For Sharayah Smith, finding balance has been key. Academics, coupled with service work – and singing – seem to be shoring her up, with just months to go until graduation.