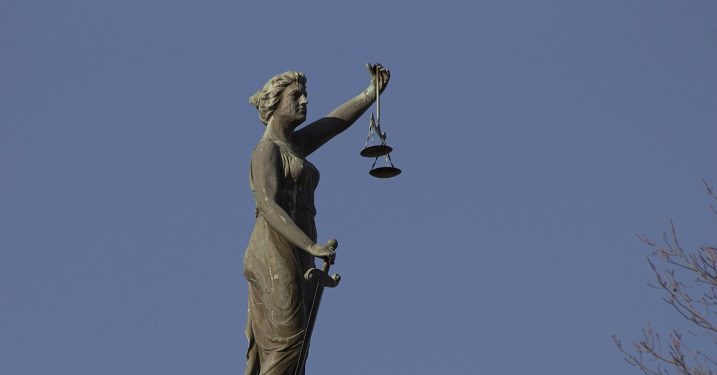 A Senate committee has advanced President Donald Trump’s nominee to fill out the bench on the U.S. Supreme Court. And full Senate approval may come — at an enormous cost. FSRN’s Nell Abram has more.

Multiple Democrats noted Gorsuch’s strict textualism as much of the reasoning for their no votes, citing cases including TransAm Trucking and Luke P.

In the former, his ruling hinged on a single definition of a single word. The case involved a truck driver stranded in sub-zero temperatures, faced with freezing to death. He could do one of two things – either imperil public safety by driving a tractor trailer with frozen brakes or risk his own imminent death. The driver dropped the trailer and drove the cab to seek help. Gorsuch wrote that the company was within its rights to fire the driver.

In the second case, Luke P., Gorsuch held that under the Individuals with Disabilities Education Act, the bar at which public schools must serve students with disabilities is “merely more than de minimis,” or as Luke’s father told lawmakers “one small step above insignificant.”

As the confirmation hearing was underway, the U.S. Supreme Court unanimously rejected that argument.

During two days of testimony, Gorsuch evaded questions not only on issues that are currently pending before US courts, but also on long standing legal precedents.

California Senator Diane Feinstein called many of his responses “diluted with ambiguity.”

“If confirmed, a nominee’s decisions will affect the lives of all Americans for generations. And, as I’ve I’ve said, our job is to assess whether the nominee will protect the legal and constitutional rights of all Americans, and whether the nominee recognizes the humanity and justice required when evaluating the cases before him,” Feinstein said. “Unfortunately, based on Judge Gorsuch’s record at the Department of Justice, his tenure on the bench, his appearance before the Senate, and his written questions for the record, I cannot support this nomination.”

The battle over the nomination is deeply partisan, with Democrats determined to defeat the Republican nominee for the seat left empty when former Justice Antonin Scalia died last February. The GOP refused to even hold a hearing for then-president Barack Obama’s nominee, Judge Merrick Garland. For their part, Republicans note that in 1992, then-Senator and Chair of the Judiciary Committee Joe Biden argued for a similar political strategy if a seat on the Supreme Court arose during the end of George H.W. Bush’s tenure.

Democrats say they plan to filibuster; Republicans counter with a threat of invoking the so-called nuclear option, changing the rules to allow a simple majority vote to end debate. Even Republican Senator Lindsay Graham acknowledged the damaging effects that changing the Senate rules would have.

“We’re headed to a world where you don’t need one person from the other side to pick a judge. And what does that mean? That means the judges are going to be more ideological, not less,” Graham said. “It means that every Senate seat is going to be a referendum on the Supreme Court and that if you ever wondered about how important the Senate is, you’re going to find out it becomes increasingly more important now. Because if you don’t have a majority, you can’t nominate and pick the judges because you can’t count on anybody from the other side helping you, because they’re not required to do so and they don’t have to do so. So I think the damage done to the Senate is going to be real.”

As of Monday, Democrats had enough support to successfully filibuster a cloture vote to end debate on the nominee. That vote is scheduled for Thursday.