U.S. sanctions against Venezuela kick off a new round of diplomatic tensions 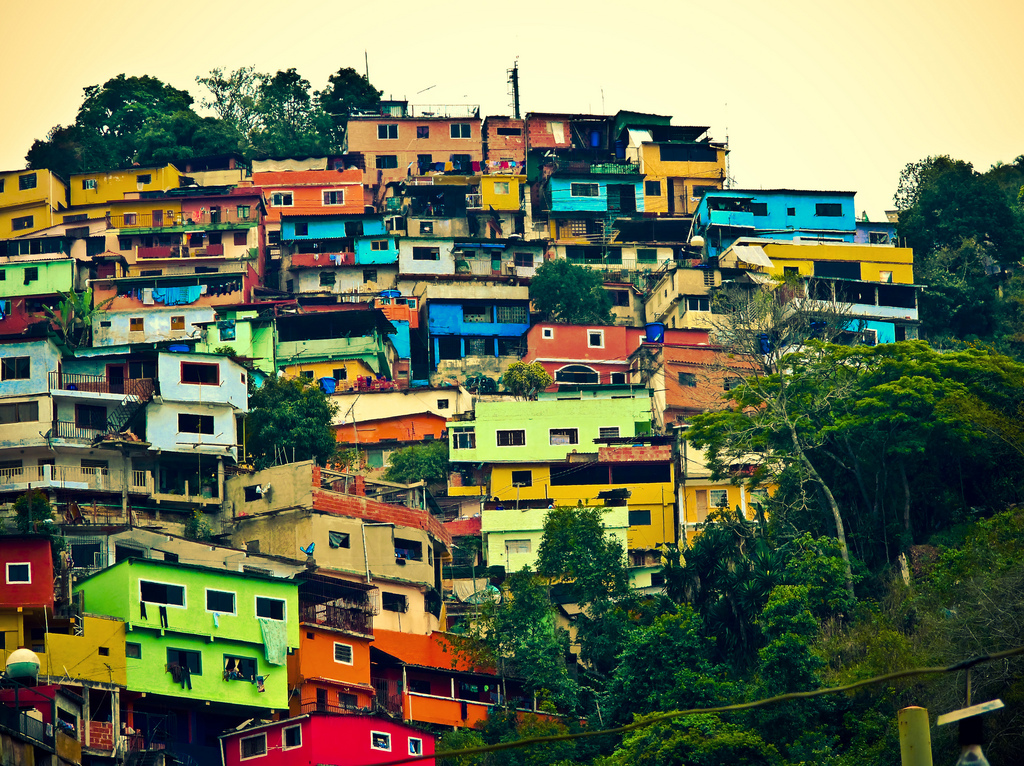 U.S. sanctions against top Venezuelan officials have kicked off a new round of diplomatic tensions with the oil exporting South American country. For background on the story, FSRN’s Shannon Young spoke with Miguel Tinker Salas, professor of Latin American History and Latino Studies at Pomona College.

Shannon Young: On Monday, President Barack Obama imposed sanctions – via executive order – on seven high-ranking Venezuelan officials, citing human rights violations and a -quote- “unusual and extraordinary threat to the national security and foreign policy of the United States.” What exactly is this threat and who are these officials?

Miguel Tinker Salas: Well, interesting, it’s a dramatic escalation of relations, and largely unnecessary escalation of diplomatic relations, with Venezuela because, largely, what we’re talking about is essentially that when Obama announced that he intended to normalize relations with Cuba, that very same day, based upon what House Republicans had done to sanction Venezuela, he agreed to begin the process of sanctioning Venezuela.  And this is the culmination of that process by which, on the one hand, he seeks to normalize relations with Cuba and gain favor in Latin America and then turns around and squanders much of that favor by, at the same time, attempting to impose sanctions on Venezuela on individuals he claims have been responsible for repression within the country. And that primarily was around what happened in February and March of 2014 when there were protests and 43 individuals died on both sides of the political  spectrum, including the fact that the right-wing opposition targeted military officers and police and killed several.  A very difficult, different condition than what happens in other countries in the region and it really lays bare then the contradictions of US foreign policy, particularly in relationship to Venezuela and Mexico.

SY: Venezuelan President Nicolas Maduro has in turn, requested special powers to -quote- “fight imperialism.” What exactly is he asking for and what has been the general reaction to the sanctions by the government of Venezuela?

MTS: Well, I think that the reaction is to be expected, in other words, the reaction has been largely a protest around the imposition of these sanctions, Venezuela is not a threat to either its neighbors or to the US, it does not have strategic weapons, it is hundreds of miles from the nearest U.S. border and in large measure, these are symbolic efforts on the part of the Obama administration and a continuation of the Bush-era policies to essentially try to isolate Venezuela from its neighbors in Latin America. What Bush called, essentially, inoculate Latin America from Venezuela and now Obama seeks in terms of isolation. So in that sense, the measures will be read simply as a continuation of US Big Stick diplomacy toward the region.  It will bring back memories of US intervention in the region even though the State department would like us to believe that they do not support the unconstitutional removal of Presidents, the long history of Latin America reflects just the opposite. Coups going back from the early part of the 19th century through the 21st century with 2002 in Venezuela, 2009 in Honduras, and shortly thereafter sanctioning undemocratic actions in Paraguay with the removal of Lugo as well.

SY: You say they want to isolate Venezuela, what has been the reaction of regional neighbors?

MTS: Most neighbors have expressed outrage, the reality is, again, fits into a pattern of U.S. relations with Latin America, with the same kind of imperial overtones that many Latin American countries reject.  Latin America went through a dark period in which we had military dictatorships, most of which were sanctioned and supported by the U.S., from the Reagan administration through the 1980s and 1990s and most reject outright U.S. intervention.  And, in fact, the US is not doing the Venezuelan opposition any favors by now attempting sanctions because the majority of Venezuelans, and recent polls have indicated, complete opposition to U.S. intervention in their internal affairs.  And I think that this is a disservice, both, to U.S.-Latin American relations and U.S.-Venezuelan relations.

SY: This political dispute is occurring in the context of a serious economic crisis in Venezuela. How big of a role do plummeting global market prices for crude oil play in the economic crisis there?

MTS: Oh I think they’re significant, the same way they are for Mexico or Ecuador but in the case of Venezuela. This is really a juncture for Venezuela, this is a turning point. In many ways it exposes the weaknesses of the model that had been in place for the last 15 years, which was a continuation on the dependence of oil.  There was many social programs and social change in Venezuela but they all still largely depended on oil so that even though there had been 12-15 years of change under Hugo Chavez, and Maduro has inherited that process, the reality is that the limitation imposed by a dependence on one basic product, oil, that dominates the economy has now had tremendous repercussions. And Venezuela faces a crossroads in which it has to  essentially diversify, it has to begin to restructure its internal relationships with oil in order to facilitate products.  Again, understanding that Venezuela has been an importer of basic food products since 1935 when it became the largest exporting country of oil in the world, not the first producing country but the exporting country. Since then, it has been an importer of basic food products, that’s a condition that began in the mid 20th century and continues to this day and that’s really the challenge that Venezuelan government and society faces, in transforming that relationship and expanding. As they’ve expanded the productive capacity of the population they also have to expand the productive capacity of basic industries.

SY: And finally, you recently penned a column titled “Mexico and Venezuela: A Study in U.S. Bias.” We’ll link to it from our website, but explain what see in this side-by-side comparison.

MTS: Well if you compare what happened in February and March of 2014 in which 43 people were killed in Venezuela, a tragic occurrence that’s been condemned by all sectors of the political spectrum, that reality is now what’s fueling, in many ways, the so-called decision on the part of the US to impose sanctions on Venezuela.  Again, underscoring that those 43 people represent the people from all political spectrums and weren’t simply in the opposition.  Here, the case is the opposite of Mexico, which faces a real humanitarian crisis in which 43 students who disappeared in  Ayotzinapa, in the state of Guerrero, in the city of Iguala and disappeared by the state, in which the Mexican military, the 27th battalion, was very nearby, in which the state has now covered it up, in which it has been unable to really fully explain to Mexican society what has transpired and that really was the straw that broke the camel’s back.  Because Ayotzinapa led to a mass movement throughout all of Mexico because it has added to the hundred thousand people that are dead, to the 40 thousand that are disappeared, and to the 15 million that have been forced out of their country.  So that country, and in addition to that, the real issue of femicide and violence against women in Mexico that the US has essentially been silent on. So that when we look at the use of foreign policy and the manipulation of foreign policy and the targeting of Venezuela and the silence on Mexico, it really draws out the contradictions and inconsistencies in US foreign policy.  And for Latin America, it’s very evident then that the US targets those that they consider to be their enemies and covers up for and protects those that it considers to be their friends.

Miguel Tinker Salas is a professor of Latin American History at Pomona College and author of the upcoming book “Venezuela: What Everyone Needs to Know.” He spoke to Shannon Young by phone from Southern California.